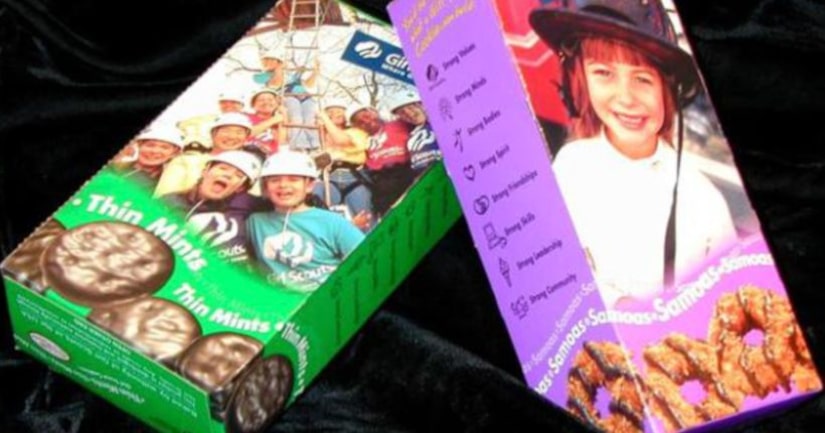 UNION CITY, Calif. -- (KRON) -- Police are looking for a suspect who robbed a Girl Scout Cookie stand at gunpoint in Union City on Wednesday, prompting an outpouring of support and cookie purchases from the department's officers.

The robbery occurred outside of the Safeway store at 1790 Decoto Road where a mother and her 12-year-old daughter were selling cookies, police said.

The suspect approached and initially asked them about buying cookies, then returned a short time later displaying a handgun as he took cash from the mother, according to police.

The suspect then fled through the store's parking lot and remains at large. He was described as a black male between 16 and 19 years old who is about 5 feet 4 to 5 feet 6 inches tall with a thin build and wore darkclothing including a hooded sweatshirt, police said.