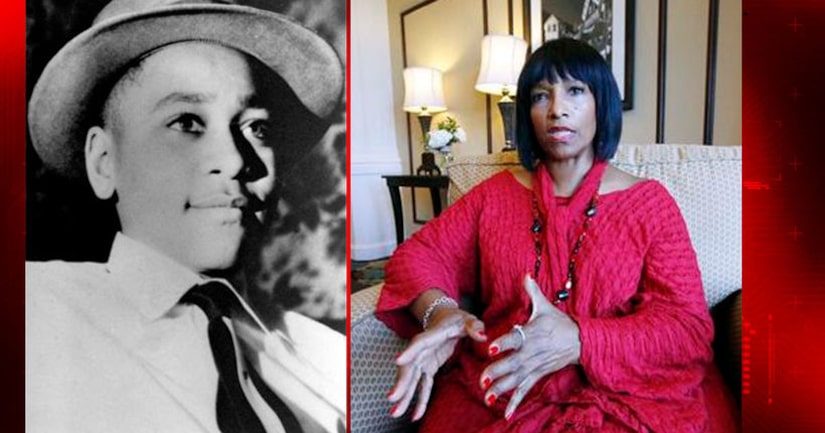 BIRMINGHAM, Ala. -- (AP/WBRC) - The horrific 1955 Mississippi slaying of Emmett Till, which helped trigger the modern civil rights movement, should be re-investigated now that a key witness is quoted as saying she lied about what the black teen said and did before he was lynched, Till's relatives say.

Two of Till's cousins, Wheeler Parker and Deborah Watts, said a renewed probe of Carolyn Donham's role could settle lingering questions. Among them: Whether an as-yet unidentified person, possibly a woman, was with Till's killers the night he was abducted.

Now 77, Parker has a particular interest in the case: He was there when his 14-year-old cousin from Chicago violated Southern racial taboos of the time by whistling at Donham, then a 21-year-old white woman working at a country store in rural Mississippi. "He did whistle, for sure," Parker told The Associated Press in an interview this week.

Till was later beaten and shot, and his mutilated body was found weighted down with a cotton gin fan in the Tallahatchie River. During the suspects' trial, Donham claimed Till also made sexual advances and grabbed her hand, neither of which Parker said ever happened.

A new book by author and historian Timothy B. Tyson says Donham told him a decade ago in an interview that she wasn't telling the truth with her claims of sexual advances.

"That part's not true," the book quotes Donham as saying.

Her first husband and his half-brother were acquitted of murder in Till's killing, but both subsequently claimed responsibility in a paid magazine interview.

"We know that she has admitted that she lied, and we know that is part of the reason Emmett is no longer with us," said Watts, of Minneapolis, Minnesota. "If there is any chance to reopen the case, I hope they will take this opportunity to do it now."

Tyson, a Duke University scholar whose book "The Blood of Emmett Till" came out last week, told AP that Donham broke her decades-long silence during an interview in 2008; Tyson said he didn't publish the account earlier because an author's timeline is different from that of a reporter.

Now 82, Donham lives in Raleigh, North Carolina, and has not responded to interview requests by AP.

Till's body was found in Tallahatchie County, where District Attorney John Champion said his office isn't investigating. Any false testimony from 1955 could be hard to prosecute because of Mississippi's two-year statute of limitations on perjury, he said.

Dewayne Richardson, the district attorney in Leflore County where Till was abducted, declined to comment.

Mississippi Attorney General Jim Hood said he "will do all the law allows to make sure justice is done." But he wouldn't comment on any investigation.

Justice closed a renewed investigation of Till's slaying in 2006, and a county grand jury declined to issue a manslaughter indictment against Donham in 2007. That same year, Congress approved the Emmett Till Act to provide funding and staff to re-examine civil rights cold cases.

After Till's mother insisted on an open-casket funeral, revealing how her son had been mutilated, public outcry helped propel the civil rights movement. Three months later, Rosa Parks refused to give up her bus seat to a white man in Montgomery, Alabama - an act she said was partly inspired by Till's murder. The subsequent Montgomery bus boycott made a recognized leader out of a then-unknown minister named Martin Luther King Jr.

"What was done to Emmett Till was a crime against humanity. It really shocked the conscience of the world, the sheer brutality," said Paula Johnson, co-director of Cold Case Justice Initiative at Syracuse University.

Donham, known as Carolyn Bryant at the time, took the stand in September 1955 in the murder trial of her husband Roy Bryant and his half-brother, J.W. Milam, in Till's slaying.

With jurors outside the courtroom during a mid-trial hearing, Carolyn Bryant was sworn in and testified that a "nigger man" she didn't know entered the store and stopped at a candy counter.

Bryant testified that Till grabbed her hand and then grasped her around the waist, saying "You don't need to be afraid of me" before using an obscenity and mentioning something he had done "with white women before."

Moments later, outside, came the whistle, she said.

"Did you have any white men anywhere around there to protect you that night?" Carlton asked.

"No," she answered. She added: "I was just scared to death."

However, the judge ruled her entire testimony inadmissible, meaning jurors never heard it. An all-white jury acquitted the two men even without it. Later, both men told Look magazine they killed Till.

Both Roy Bryant and Milam are dead, and no one else was charged despite evidence at least one other person - possibly a woman - was present during Till's abduction.

Till's great-uncle Moses Wright testified during the trial that Milam and Bryant abducted his nephew at gunpoint and headed toward a car parked outside the house, asking a question of someone who was inside.

"They asked if this was the boy, and someone said, 'Yes," Wright testified, indicating it was someone with a "lighter voice than a man's."

The two men left with Till, whose body was found days later. The person Wright said he heard speaking from inside the car was never identified.

Watts said she wonders who else was in the car that night, but there's no way to say without an investigation.

"However that information is acquired, it's necessary," she said.