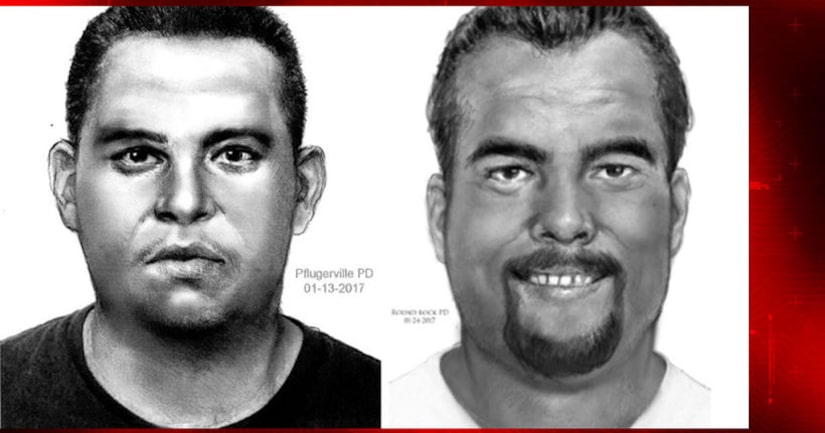 PFLUGERVILLE, Texas -- (KXAN) -- Round Rock and Pflugerville police are asking for help from the community to identify a man they believe tried to lure two young girls last month.

On Jan. 4, police say a man offered a ride to an 11-year-old girl walking home from school in Pflugerville on Tortoise Street. The suspect is possibly Hispanic, estimated to be 50 to 60 years old with an average build, short facial hair and black hair with gray in it. The victim told police he might have been wearing transition glasses and has an accent.

Another report came into police on Jan. 13 when a mother said her daughter was almost kidnapped while walking in the 900 block of McNeil Road in Round Rock. According to the victim who was walking home from school, the suspect drove past her, made a U-turn to circle back around to talk to her. Police say he then grabbed her but she was able to get away from his grip and ran away.

Haugen doesn't think kids should be walking home alone, she says they should have a buddy system and a plan in place in case they become victims. “The oldest, my (grandson) Andrew, he goes (into) protection, he makes loud screams and then he has the younger two run for help to the nearest house or the nearest person they can get a hold of.”

Police say parents should remind their children about “stranger danger:”

If you are approached, police say the best thing to do is to draw attention to yourself by making loud noises.

The suspect in the Round Rock incident is described as a Hispanic man, between 30 to 40 years old, with a round stomach, short curly hair, wrinkles and a goatee. He also has tattoos on his right forearm. Pflugerville and Round Rock police say they believe the two cases are connected due to the similarities in the two events and the composite drawings.

The Pflugerville Independent School District says they were aware of the incident, but it was not presented as a threat, so they did not send a letter home to notify parents. However, based on the possible connection to the more aggressive incident in Round Rock, PfISD is sending a letter to all PfISD parents immediately, alerting them to “stranger danger” incidents and how to keep their children safe.

If you have any information on the suspect, please call the Pflugerville Police Tip Line at (512) 670-5700.