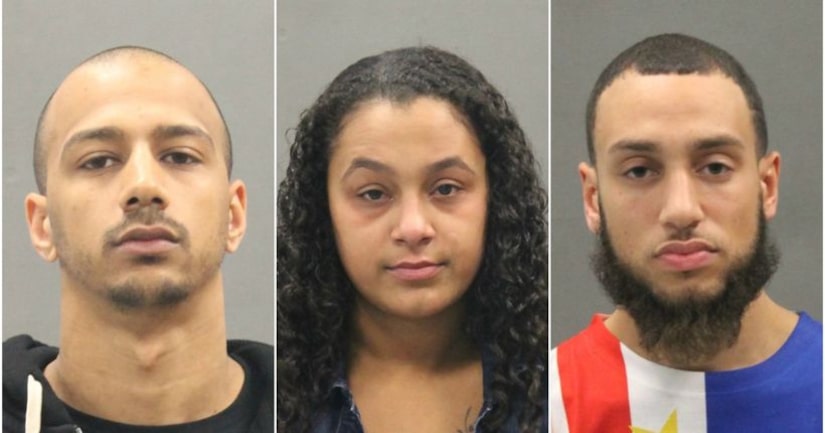 HYANNISPORT, Mass. -- (WTIC) -- Three people were arrested Thursday in connection with a large scale fentanyl distribution operation in Southeastern Massachusetts that was run out of a home owned by the Shriver family.

Police said they tracked the suspects from New Bedford to Hyannisport over two months as undercover agents purchased fentanyl and observed the group who had set up a base of operations in a home at 31 Atlantic Ave. The residence is owned by members of the Shriver family, who are related by marriage to the Kennedy family. The Shriver family was unaware of the drug operation.

Fentanyl is a synthetic opioid 50 times more powerful than heroin.

Police said they learned the suspects were traveling to the Cape on a daily basis to distribute large quantities of fentanyl to numerous area users and dealers. Many of their transactions with customers were seen taking place in the area of Fortes Beach in Hyannisport.

Troy Monteiro, 29, of New Bedford was charged with two counts of trafficking fentanyl and conspiracy to violate the controlled substance act. Ariel Price-Perry, 26, was arrested for conspiracy to violate the controlled substance act and impeding a police investigation as she attempted to destroy evidence as Monteiro was being arrested. Trevor Rose, 29, was charged with one count of trafficking fentanyl and one count of possession of cocaine.

Monteiro, Price-Perry, and Rose were taken to Barnstable Police and held on $100,000 bail each.