Soulja Boy, whose real name is DeAndre Cortez Way, was arrested at his Hollywood Hills home on Dec. 15 after police found him with a .45-caliber Glock 21 handgun and a Mini Draco AR-IS assault rifle, officials said.

He has been charged with one count each of possession of an assault weapon, possession of a firearm in violation of probation, unlawful firearm activity and misdemeanor receiving stolen property. DA officials said the handgun was reported stolen out of a Huntington Beach police vehicle.

Soulja Boy, 26, pleaded not guilty Monday and faces more than four years in prison if convicted as charged. 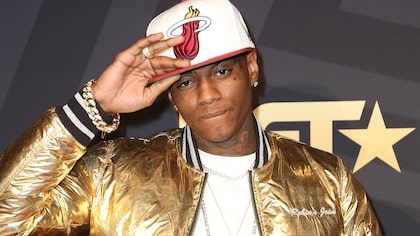