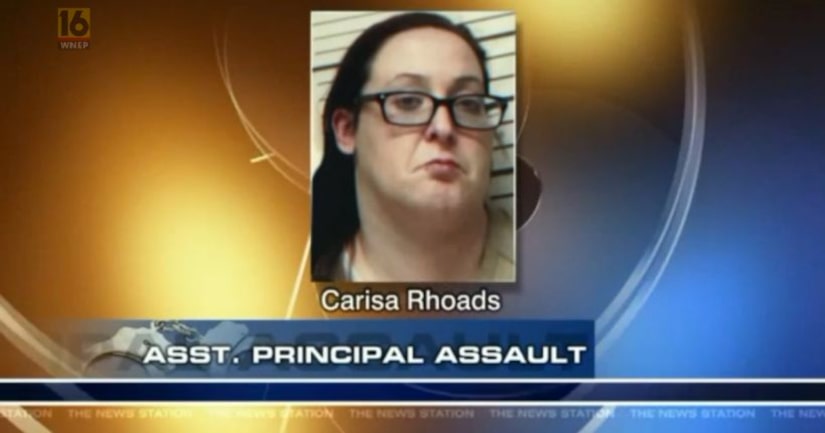 Carisa Rhoads, 37, of Frackville was allegedly arguing with Janel Hansbury, the assistant principal at North Schuylkill Elementary, at the Schuylkill County Courthouse on Monday morning.

According to police, Hansbury was called by Children and Youth to testify at a hearing regarding Rhoads's child.

Hansbury told officers Rhoads threw her to the ground, punched her, and kicked her in the parking lot.