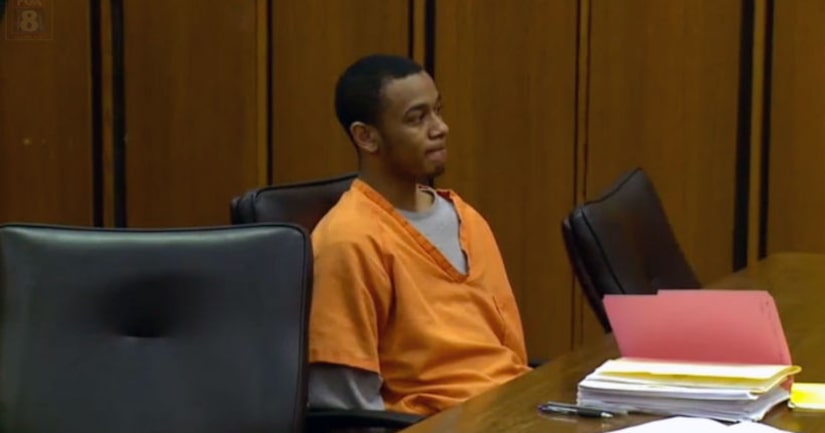 CLEVELAND -- (WJW) -- The FOX 8 I TEAM is investigating why a local judge allowed his courtroom to be used by a local rapper to shoot part of a music video even as that rapper is facing serious criminal charges.

The shoot took place in the courtroom of Judge Michael Ryan at the Cuyahoga County Juvenile Justice Center. He tells the I TEAM that his room was used for part of a video being produced for a song by a rapper known as 'Lil Cray.

'Lil Cray is also known as Crayshaun Bates, and records show he is facing dozens of charges in adult court for criminal gang activity, attempted murder, weapons, and more.

Judge Ryan says he opened his courtroom after-hours for an old friend who is also a music producer. He said he did not find out until the day of the shoot that the video involved 'Lil Cray. The Judge says he was aware of the pending charges, but the rapper had been out of jail on house arrest.

Judge Ryan said, "Last time I checked the Constitution, everyone is innocent until proven guilty." He added, "I'm always about helping young people especially when I see that they have promise. They have talent."

Yet Tuesday, the I TEAM found 'Lil Cray in a lot more trouble. Cuyahoga County Prosecutors say he has violated house arrest, and they say he offered a $35,000 bribe to try to avoid new trouble.