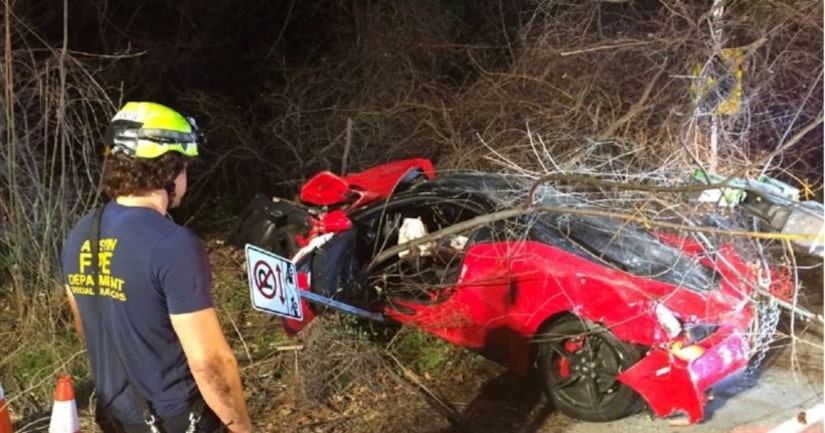 AUSTIN, Texas -- (KEYE) -- The Austin Fire Department shared photos on its Facebook page Tuesday of a crash involving a $385,000 Ferrari in West Austin.

Austin Police say the crash happened just before 2:30 a.m. last Friday, when the car went off the road on Red Bud Trail.

According to AFD, the limited-production-run sports car went off the bridge after failing to make a turn, flew 40 feet in the air, and flipped over before landing at the bottom of a 40-foot ravine.

Witnesses say the vehicle appeared to be traveling more than 100 mph.