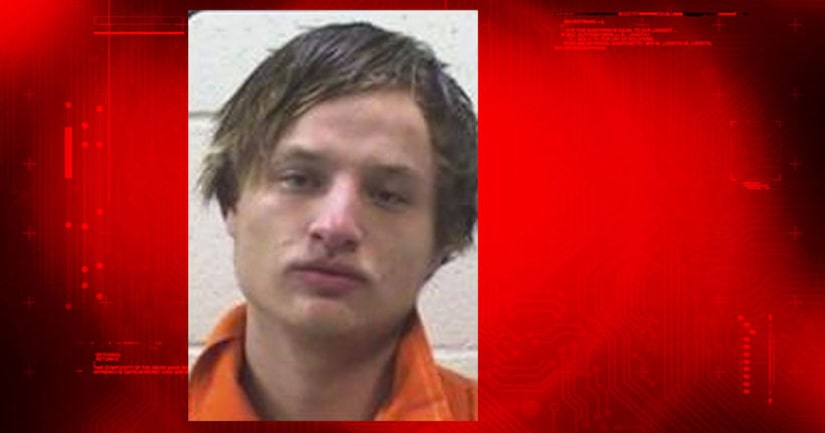 OKLAHOMA -- (KFOR) -- An arson fire led police to a kidnapping victim found alive in a wrecked car in a creek.

It all started with a call about a fire just south of Fittstown.

While crews worked to put it out, a game warden noticed a man walking nearby needing a ride.

Deputies said something seemed off about 18-year-old Kalup Born so they decided to take him to the scene of the fire for questioning.

On the way, they made a discovery: an abandoned vehicle near a creek and an elderly woman clinging to life.

She later told deputies she was kidnapped hours before from her home in Ada.

When investigators showed up to the woman's home, they found signs of a struggle.

“She told us a man came into her house early morning hours, put a knife to her throat and made her go with him in her vehicle. They went to Tishomingo and on their way back is when they backed off of this bridge and ended up in the creek,” said Sheriff John Christian, Pontotoc County Sheriff's Office.

Deputies also found the victim's belongings in Born's possession: a pill bottle with Carter's name on it.

Officials said Born later admitted to the kidnapping and leaving her to die in the wrecked car.

“The nose of the car was in the air. When she opened the door to get out, that's when she got injured. She fell from about six or eight feet in the air and landing on some large rocks in the creek,” Christian said.

Officials said, while the woman lay injured and freezing, Born went on to commit other crimes, breaking into two more homes and several cars before his final stop, another home.

He told investigators he was cold and got inside through a cracked garage door.

“He crawled through that space, set some blankets on fire and some other items and, when the fire got out of control, he just left,” Christian said.

An elderly couple was sleeping inside.

Luckily, a passerby saw the flames and alerted the couple to the fire.

Their home a total loss.

Born was originally arrested for public intoxication but will likely face additional charges of arson, kidnapping, burglary and assault with a deadly weapon.

Carter is still recovering in the hospital.

She is listed as stable.

The couple who lost their home in the fire is now living with their son.