He was scheduled for release in July 2018. Macomb County Prosecutor Eric Smith filed an emergency motion to appeal the decision. The decision was reversed in November 2018.

Richard McBrayer, 60, has been imprisoned again for his repeated sexual assault of a teenage girl in the early 1990s, based on the Michigan State Supreme Court decision Tuesday to deny the Michigan State Parole Board's application to appeal, The Macomb Daily reports.

The ruling pleased attorney Kerry Ange, who challenged McBrayer's release both as an assistant prosecutor in Macomb County and more recently working for the victim pro bono as a private attorney in Port Huron.

Ange said the victim, now in her 30s and a parent, has been scared knowing that McBrayer was free residing in the area, The Macomb Daily reports.

A young girl betrayed by one of the people who should have protected her -- a parent. And sadly, Tiffany Henderson's nightmare may not be over yet.

She was only 11 years old when the Devil came knocking at her bedroom door. Who was this sadistic demon?

"He tortured me, I felt like a prisoner," said Tiffany Henderson.

The man who raped and sodomized her virtually every day for almost four years of her young life was her stepfather, an ex-cop, named Richard McBrayer.

Tiffany says her only comfort growing up was knowing she had sent her ex-cop stepfather, Richard McBrayer, to rot in prison for his horrible deeds. McBrayer was sentenced to a maximum of 40 years in prison.

"When they told me he was going to spend his life in jail -- I mean, that's what I believed, he can't hurt us anymore," said Tiffany.

For young Tiffany it meant a new lease on life: McBrayer could never harm her again. Or so she thought.

Easter Sunday last year, Tiffany was driving in her car when she stopped at a traffic light in the Detroit area when she looked over at a car next to her. Suddenly the horror of 23 years ago was staring her right in the face. It was the monster McBrayer.

"I'm getting ready to turn right, and I look over, and I was just like, 'Wow, that really looks like him,' and we locked eyes, I immediately felt something," said Tiffany. "I know that he saw it that was me as well."

Tiffany had just taken a terrifying U-turn into the nightmare of her past. Tiffany says she had no idea, but Richard McBrayer had been given his walking papers early by the Michigan Parole Board after only serving close to 22 years.

Tiffany claims she never received notification of his early release, which is required by law. But the Michigan Parole board insists it did reach out to her, saying: "The records reflect numerous attempts to contact the victim."

Despite those claims, Tiffany says she feels victimized all over again.

Tiffany says her childhood in hell began right after the ex-cop married her mom. He took her virginity at age 12.

"I was out of my classroom and a teacher came and found me doubled over on the floor, they had to rush me to a hospital, my bowels were blocked so bad I almost died," said Tiffany. "From his sexual abuse. My mother is holding one side of my hand, he's holding the other. Pretending he cares about me, but really just to make sure I'm not telling."

As soon as she got home, her stepfather's vicious attacks started again.

"I can't scream. I can't get him off of me, there's nothing I can do to make it stop. The only way I can make it stop is killing myself, that's it, he won't go away," said Tiffany. "Nobody will help me. Nobody hears my pain."

Desperate to have someone believe that a man who was also an ex-cop was a sexual predator, young Tiffany hatched a daring plan. Even though it put her life in great danger.

Tiffany tapes a conversation between her and McBrayer. Then she takes the tape to authorities, and that was the beginning of the investigation that brought him down.

When Tiffany played the tape for her mom, suddenly the proverbial blindfold came off.

"I knew right then and there he was going to kill her," said Stacey Dale, Tiffany's mother. "He wasn't ever going to let her tell. She told him 'I am going to tell my mom.'"

How did she not detect this?

"I don't know. I'm ashamed of myself and there's nothing that any viewer could say that I haven't said to myself," said Tiffany's mother.

"I actually sat and watched shows about moms that had daughters that were abused by husbands or boyfriends, and I would say 'God, she had to have known,' and I'm ashamed of myself for saying that."

Looking back, Stacey Dale says the sickening signs were all there.

"He would be eating dinner with us," said Stacey. "Tiffany would excuse herself from dinner ... and maybe five or 10 minutes later he would say 'Excuse me, I gotta go to the bathroom,' and he would rape her in the bathroom, come back down and finish dinner."

With her outraged mother at her side, the pair takes the damning recording to Michigan State Police. But it was not enough to arrest McBrayer. The 14-year-old Tiffany would have to set another trap on tape -- and this time bait it with the bold-faced lie that she was pregnant. So she did.

At the time, McBrayer attempted to blame Tiffany's mother. McBrayer starts panicking on the recording.

Tiffany Henderson has had more trauma in her life than most could ever handle, sexually assaulted by her stepfather at the age of 11. He went to prison for his crimes, and Tiffany would try to heal, sleeping better knowing he was behind bars. That is, until an unfathomable decision would bring her face-to-face with that monster once again.

Finally at 37 years old, she had been comforted knowing her stepfather, the sadistic man who raped and tortured her for almost four years as a child, was securely behind bars. Or so she thought, until the day she realized Richard McBrayer had been paroled.

"It's something out of a bad movie," said Kerry Ange, the former assistant prosecutor who succeeded in keeping McBrayer, an ex-cop and a registered black belt, behind bars in a former 2011 parole hearing. "I can't imagine how she must have felt at that moment when she realized, 'Oh, there's my rapist, and now here he is in the street,' and isn't it interesting that not only is he released without them giving her notification, but that he's released into her neighborhood."

Under Michigan state law, a victim must be notified six months prior to the release of an inmate. Tiffany says she would have shouted from the rafters to stop her brutal stepfather's release. She's been to 11 parole hearings since 2009. But tragically, this last time, she says the parole board didn't contact her.

"We could have appealed this and he would have never gotten out," said Kerry Ange. "I've never seen a case this bad."

To add outrage to insult, McBrayer served only about half the maximum 40-year sentence.

Tiffany says she has been tenaciously keeping tabs on her rapist. But the parole board insists it was diligent in reaching out to Tiffany Henderson about Richard McBrayer's impending release, saying "Victim notification is taken seriously by the Michigan Department of Corrections, and all the proper steps were taken in this case."

"I'm not sure what kind of record they have of that, I haven't seen anything to prove that assertion," said Ange.

"It's known to them the things that he's done, not only do they have the full record in front of them but they also have Tiffany appearing there at every single time he comes up, in person, tearfully relaying her memories of her childhood," said Ange. "He's a danger to any child walking down the street. This guy thinks he's smarter than all of us. He's a master manipulator and eventually he's going to grab another kid off the street."

And Ange says he's a trolling, unrepentant pedophile who disgustingly referred to raping Tiffany countless times as a "love story."

Despite Tiffany's lifetime pain, the parole board set McBrayer free, even after he confessed to this: He has told his therapist that he continues to have interest in young underage girls and he blames Tiffany for the liaison.

"How a parole board can listen to that and find reasonable assurances of public safety, and then release him into the street is a mystery to me," said Ange.

Is it possible that he's rehabilitated?

"First of all he has to admit what he did. He's never admitted what he did to me. Never, not once."

For Tiffany, there is one small beam of bright light in her horrible nightmare: The circuit court has overturned the parole board's decision to release McBrayer early and threw him back in county jail. That came after Tiffany filed a motion to have her former stepdad rearrested, and to challenge the board's release.

Kerry Ange says the original decision to release him for good behavior and McBrayer's claim of "rehabilitation," are nothing more than a con job.

"He indicated that he was going to be moving to Louisiana because he wanted to stay away from Tiffany and didn't want to be triggered by her," said Ange. "It was a non-existent address."

If he gets out again, Tiffany fears for her own teenage daughter. She doesn't want McBrayer anywhere near her fragile life.

Despite Tiffany's fears and despair, she's not about to give up. This was a 14-year-old who had the courage to put him behind bars by snaring him on tape, getting a near confession. She certainly isn't going to let this perverted monster get his claws on anyone else.

McBrayer will sit behind bars until a decision is reached over whether he walks the streets again.

"It doesn't matter what I have to do, how painful it is, how hard my life is, when I am away from this camera and I live every day in fear, in pain, afraid for my daughter, I will fight to keep him in there," said Tiffany Henderson. "He pled guilty to two counts, so serve your time." 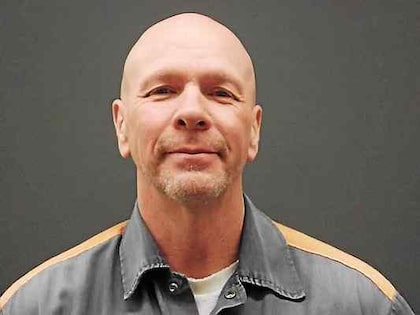 Woman fights back after her rapist is released without her knowledge