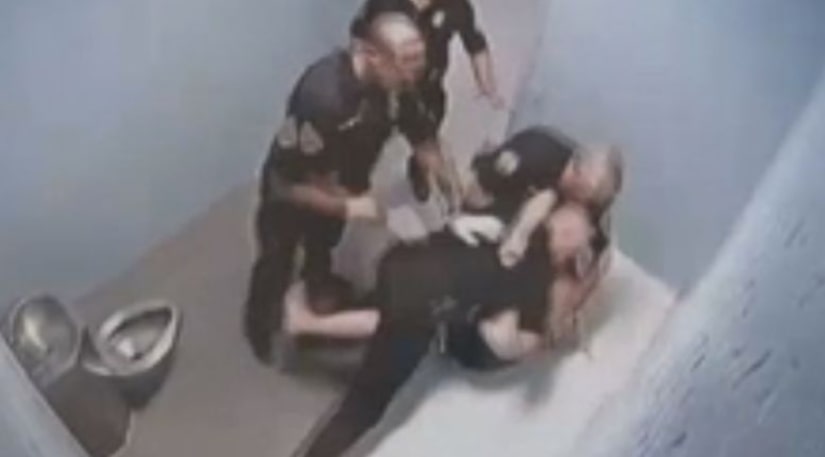 AGAWAM, Mass. -- (WTIC) -- Three Agawam, Mass. police officers who were fired after city officials determined they used excessive force in subduing a struggling man were successful in asking the city to release a video of the incident.

Connor said the video shows the “intoxicated” man, David Desjardins of Baltic, attack two of the officers during the booking process after he was taken into police custody at the Six Flags New England amusement park in June.

He said the officers' use of baton strikes was “authorized and appropriate” under the circumstances.