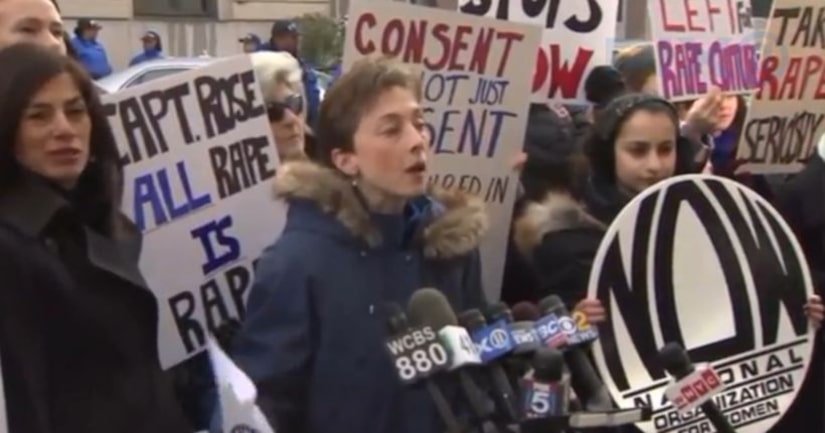 NEW YORK -- (WPIX) -- A different type of community policing happened Tuesday afternoon in Greenpoint, Brooklyn as executive leadership of the National Organization for Women along with a handful of demonstrators showed up to the doorstep of the 94th Precinct and called out Commanding Officer Peter Rose for trivializing the crime of rape during a community meeting last week.

"Rape is rape no matter who the victim is. No matter who the perpetrator is. Captain Rose's comments surely are outrageous," said Sonia Ossorio, president of NOW for New York City.

Rose apologized on Monday for saying last week that stranger rapes are the troubling ones and thus making it appear that some rapes are worse than others.