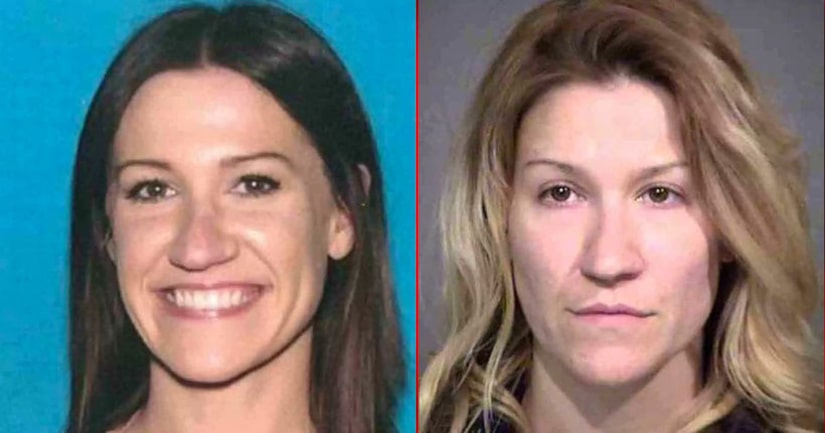 LOS ANGELES -- (KTLA) -- Authorities have determined that an Ontario woman accused of harassing, stalking, pretending to be the wife of her ex-fiance, and placing ads online soliciting “rape fantasies,” was framed by the woman she was accused of impersonating, the Orange County District Attorney's Office announced Monday.

Michelle Hadley, 30, was jailed for several months following her arrest in July, according to inmate records. She was charged with felony stalking, attempted forcible rape, violating a protective order and assault, prosecutors said at the time.

But on Monday, DA Tony Rackauckas announced that Hadley was the victim in the case. She has been exonerated and the previous complaints against her will be dismissed.

Instead, another woman — identified as 31-year-old Angela Maria Diaz — faces a slew of charges after allegedly framing Hadley for stalking and attempted rape, the DA's Office said in a news release.

“As important as the filing of charges against Ms. Diaz, is the dismissal of the previous complaint and full exoneration of Michelle Hadley,” Rackauckas said in the news release. “This is a very detailed case. I wanted to make sure, however, that Ms. Hadley is cleared in every possible way – in the courtroom and in the court of public opinion. It should be clear in the media and in cyberspace. Ms. Hadley is an innocent victim of a diabolical scheme.”

Diaz has been married to a man, identified only as John Doe, since February 2016. Prior to Diaz's marriage, Hadley had a relationship with the same man from August 2013 to August 2015.

Last June, Diaz went to the Anaheim Police Department where she allegedly falsely reported harassing messages that she said were from Hadley. Diaz is accused of sending herself those emails in an effort to make it appear they were sent by Hadley.

Diaz then allegedly applied for, and obtained, a restraining order against Hadley by signing under penalty of perjury that she had been threatened by the other woman, according to the release.

“On many occasions from June 1, 2016, to July 13, 2016, Diaz is accused of falsely filing police reports with APD, calling for officers to respond to the home she shared with John Doe. The defendant is accused of making false claims that Hadley made threats against her life and the life of her unborn child,” the release stated.

Diaz allegedly sent responders photos of herself and details about her own daily routine. She is also accused of telling them to have forcible sex with her, even if she screamed or resisted, the release stated.

At least two men who planned to travel to her residence to participate in the “rape fantasies” were intercepted by law enforcement, authorities said.

Diaz allegedly told Anaheim police at the time that she was being stalked by Hadley, and was not involved in the solicitations.

Later that month, in an apparent effort to bolster her claims against Hadley, Diaz called 911 and allegedly falsely reported that a man had entered her garage and attempted to rape her, prosecutors said.

Hadley was arrested by Anaheim police later that day and released on $100,000 bail.

After Hadley's arrest, Diaz allegedly reported that the threatening emails stopped. However, after the victim's release, she began repeatedly sending threatening herself emails and — pretending to be Hadley again — resumed responding to “rape fantasy” ads, according to the release.

The language in the emails became more violent, and the defendant tried to make it appear her life was being threatened by the victim, the DA's office said.

Hadley was arrested on July 14 and held on $1 million bail. Her re-arrest and increase in bail were allegedly due Diaz's false statements regarding the latest round of alleged email threats.

The victim remained in jail until Oct. 7, “at which point sufficient evidence had been ascertained through extensive investigative efforts and the cooperation of the victim's attorney,” according to the DA's office. “OCDA and APD sought the victim's immediate release on her own recognizance from custody while continuing to investigate Diaz.”

Meanwhile, Diaz was also suspected of forging a paycheck from Orange County on Sept. 6 and trying to cash it, authorities said.

As a result of the investigations, Diaz is accused of faking cervical cancer, faking a pregnancy, pretending to be an attorney, forging doctor's notes and impersonating two of John Doe's ex-girlfriends over email, the release stated.

She was arrested on Jan. 6 in Phoenix.

She faces a maximum sentence of 12 years and eight months in state prison, plus 11 years in county jail, if convicted on the charges.

Diaz is still awaiting extradition from Arizona, and a court date has yet to be set. 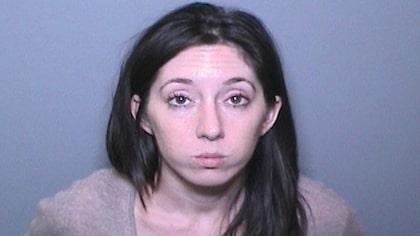