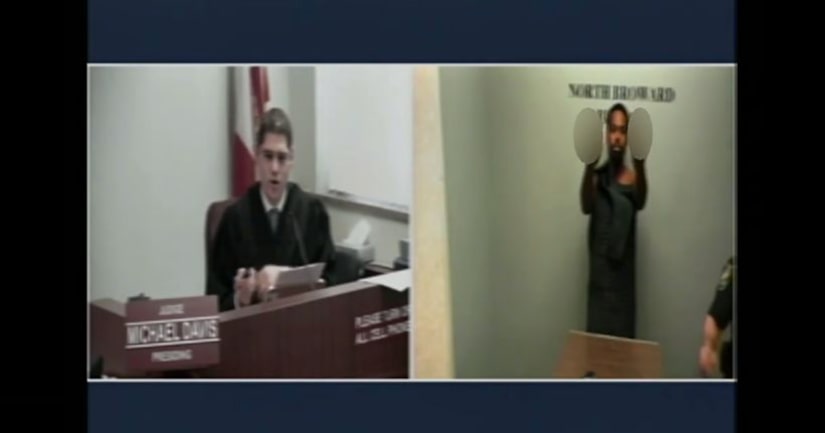 FORT LAUDERDALE, Fla. -- (WKMG) -- A South Florida man accused of trespassing flipped off a judge who denied his request to be released from jail.

Davis asked Levy to wait a moment for his attorney, who was on the telephone.

That's when Levy took the opportunity to break the uncomfortable silence.

"You ain't smoke no weed for the new year?" Levy asked Davis.

After the judge asked Levy to sit down, Levy returned a short time later and once again greeted Davis.