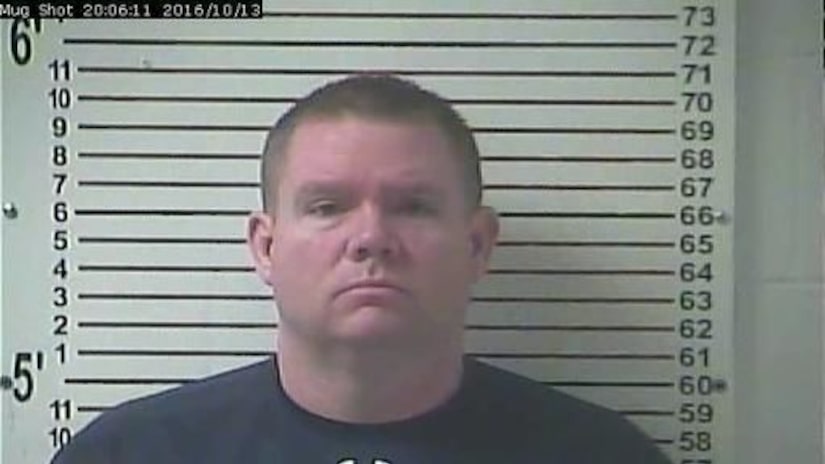 LOUISVILLE, Ky. -- (WAVE/AP) -- A fired Kentucky high school principal has admitted to seizing students' phones so that he could steal pornographic images and trade them online, investigators said.

Goodlett admitted to Kentucky State Police investigators that he has a pornography addiction, and that as principal of LaRue County High School, he searched for nude pictures on phones confiscated from students, said Department of Homeland Security Special Agent Brady Oberholtzer in a federal complaint.

Schools superintendent Sam Sanders announced his firing a few days after Goodlett was arrested at his home in October, calling it "an unprecedented situation." Parents and staff at the schools expressed shock, some noting that he has a wife and children.

The investigation began in September after a 20-year-old woman learned that naked images she had taken for her boyfriend when she was 15 had been uploaded to a pornography trading website based in Russia. She went to Elizabethtown police, who sought federal help.

This "anonymous image board" is used to anonymously post images online, but authorities determined that the IP address of the device that uploaded the images matches an account registered by Goodlett, the federal complaint said.

After executing a search warrant, police found 60 examples of child pornography on Goodlett's devices. The National Center for Missing and Exploited Children later identified images of the Elizabethtown woman as well as a naked girl aged 10-14 in Goodlett's Dropbox account, the agent said.

After signing a waiver of his rights and agreeing to a recorded interview with state investigators, "Goodlett admitted to KSP that he had an addiction to pornography and that he transferred images from phones confiscated from students to his personal thumb drive without their consent or knowledge," the agent wrote. He said he would share them to the website "with the intent of trading for more images."