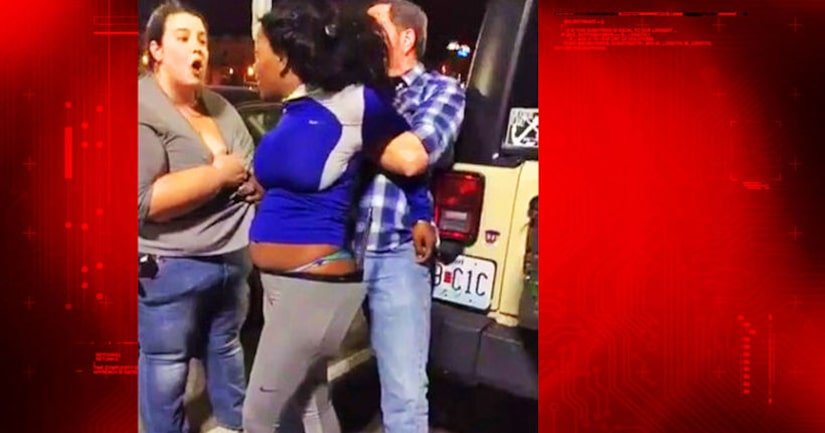 ST. LOUIS -- (KTVI) -- A stranger recorded an unusual incident in the St. Louis IKEA parking lot. She came across Sierra Coleman, 28, being restrained by two loss prevention officers. Coleman had a frying pan sticking out of the backside of her leggings and was not going to be taken in without a struggle.

The loss prevention officer notes, at one point, “You have IKEA property in your pants.”

Yes, the outline of a premium piece of cookware is clearly visible through the suspect's pants. Possibly a poor wardrobe choice for shoplifting.

Coleman argues with the two IKEA employees as they restrain her. The woman recording the video tells Coleman to calm down. She says she may also face assault charges because she keeps grabbing them.

“She already got one. She scratched me and bit someone else,” said the female loss prevention officer.

Coleman eventually removes the pan from her pants. It clangs on the ground. She goes back to the store with the two IKEA employees, presumably to wait for police.

Police say in a charging document that employees saw Coleman put bed sheets in a bag and then walked out of the store without paying. When an IKEA security officer attempted to stop her, she bit his arm. It is unclear how the pan ended up in her pants. The Circuit Attorney of the City of St. Louis says that she faces two misdemeanors for theft and one charge of assault.

You can watch the entire incident, recorded at around 6:50 p.m. on December 30, on Facebook here.

The video of the unusual shoplifting bust went viral. A woman named, Dani Rosemary, posted it to her account. She says that the person who posted the original video deleted it. She doesn't know who they are. The clip was then picked up by pages like MediaTakeOut and has been seen by millions of Facebook fans.