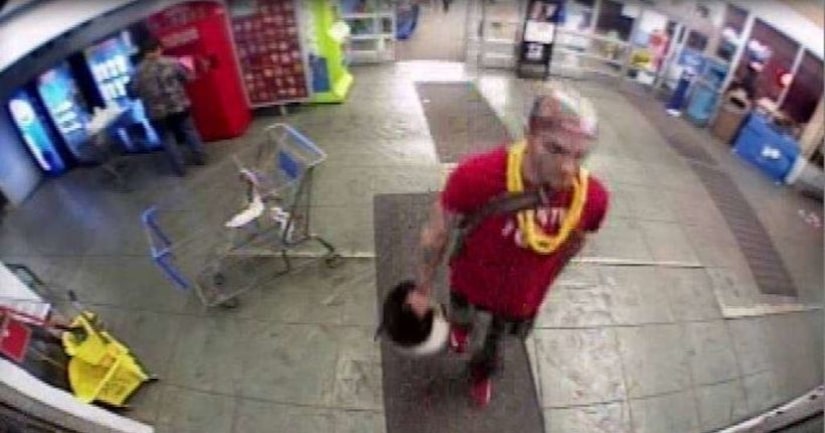 TOMBALL, Texas -- (KIAH) -- The search is on for a man accused of beating another man to death with a motorcycle helmet inside a Tomball area Walmart.

The incident, which was captured on surveillance video, happened Monday at a Walmart in the 27600 block of Highway 249.

According to Tomball police, Justin Jones and a friend were inside the store around 1 a.m. when Jones began to talk to Michael Brandon Jemison.

At some point during the conversation, Jemison struck Jones with a helmet, causing Jones to fall to the floor unconscious.

Surveillance footage showed Jemison calmly walking out of the store after the incident. Police said the two men knew each other and there had been an ongoing dispute between them for quite some time.

Jones was rushed to Memorial Hermann Hospital in the Woodlands, where he was pronounced dead.

Jemison, 29, has been charged with murder.

The Tomball Police Department is trying to track down Jemison and has released information about the beating, and photos of the suspect, on its Facebook page. Anyone with information is asked to contact police at (281) 351-5451.