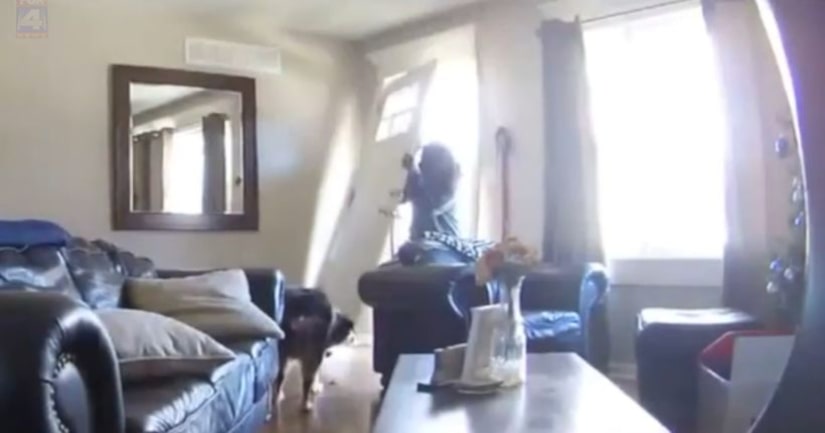 KANSAS CITY, Mo. -- (WDAF) -- While a Kansas City firefighter was on duty, two men kicked in his front door and stole his belongings. It happened Saturday morning, as two suspects broke in to the Waldo home all while a camera was rolling. Police are still searching for those two men, who they believe have been targeting other homes in the area.

It began with the ring of the doorbell, the Koehler family dog jumps on her seat to see who's there. With two kicks, the first suspect enters the home seemingly unaware a camera is watching his every move.

Homeowner Ryan Koehler is a Kansas City, Mo. firefighter and was on duty when his phone alerted him there was movement in his living room, his wife got the same text. Through an app, the two watched what was happening in live time.

“I was like, 'oh, it's just the dog walking around. That's when I saw them kick in the door. I literally just started shaking,” Kelsey Koehler said.