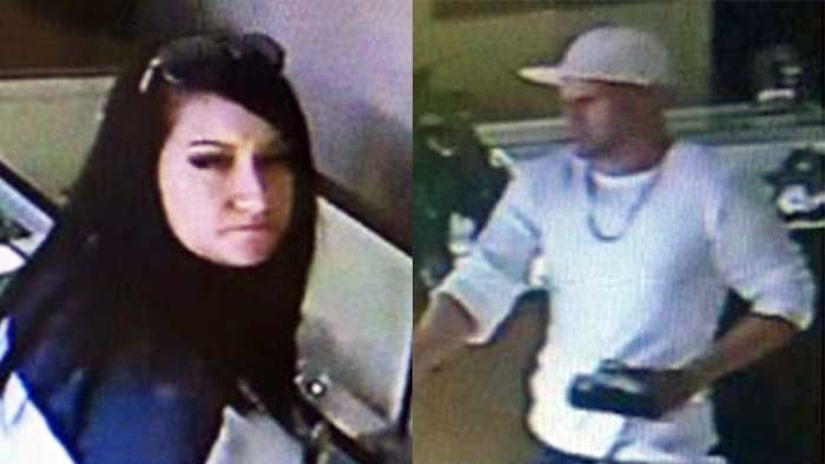 JACKSON, Miss. -- (WDAM) -- Two suspects wanted for a triple homicide at a Jackson pawn shop have been arrested in Kansas.

Jackson police say that 31-year-old Jamieson Layne Townsend and 35-year-old Joshua Garcia are being charged with three counts of capital murder and one count of armed robbery of a business. They both face extradition from Junction City, Kansas.

Authorities say that Townsend and Garcia were arrested in Geary County, Kansas at midnight Wednesday. According to Sheriff Tony Wolf, a deputy conducted a traffic stop on a Dodge Charger, for no registration displayed, at I-70 mile post 311.

Just as contact was made with the driver, the vehicle sped away westbound on I-70.

The deputy chased the car as it exited at mile marker 306. Sheriff Wolf says the car wrecked at a dead end and the driver took off on foot.

Deputies set up a perimeter and searched the area, as well as farm steads and outbuildings. At 7 a.m., while searching the area around the McDowell Creek community center, which is roughly a mile from the scene of the crash, Garcia was found hiding in the back seat of a vehicle and was taken into custody.

Geary County Sheriff's deputies discovered that the two were suspects in a string of pawn shop burglaries and robberies in Mississippi, as well as suspects in the triple homicide robbery of a Jackson pawn shop.

The victims in the triple homicide are 81-year-old Cleveland "Bill" Mosley, the owner of the business, 60-year-old Robert Ivy and 77-year-old Ted McLemore.

The suspects are being held at the Geary County Detention Center pending further investigation.

Pascagoula Police Lt. Doug Adams said the two suspects were spotted in a red Dodge Charger in Tennessee, between Chattanooga and Murfreesboro, on Monday night.