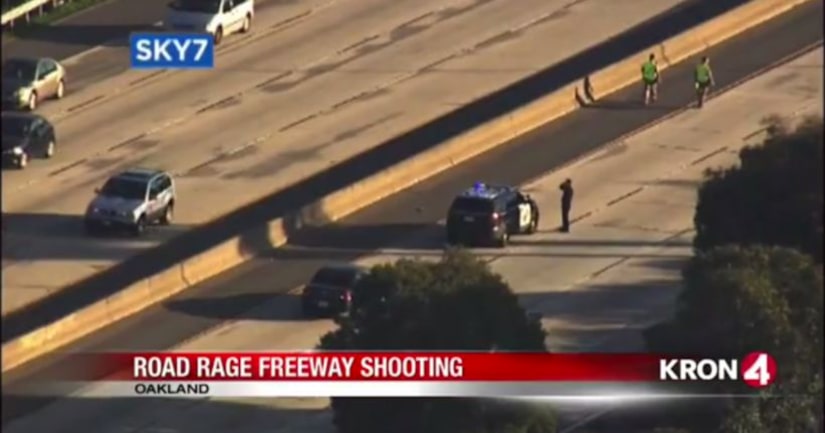 A vehicle was left “riddled with bullet holes” after the road-rage shooting, according to the California Highway Patrol.

The shooting was reported around 1 p.m. on eastbound Highway 580, west of Grand Avenue.

The closure was reported around 3 p.m.

The CHP says the shooting is a result of road rage when one car was tailgating another car. While the Honda was passing, a passenger “displayed a rude hand gesture” at the Mercedes.