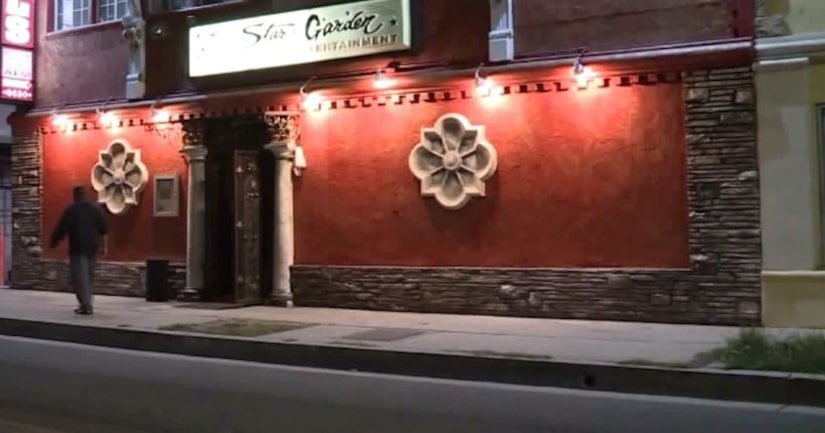 NORTH HOLLYWOOD, LOS ANGELES -- (KTLA) -- A bouncer at a North Hollywood topless bar was charged with murder Monday in the death of a man who died in a hit-and-run crash after being punched and falling into traffic.

The victim was struck in the face and then fell back into the street and was hit by a vehicle that did not stop, Los Angeles Police Department Officer Drake Madison said Monday.

Police at the time described the vehicle as dark-colored and having dark-tinted windows, and said the victim was believed to have been drunk.

The single charge of murder against Reyes was announced by the Los Angeles County District Attorney's Office, which said arraignment was postponed till Jan. 12.

A spokesman for the DA's office said the crash occurred outside the Star Garden topless bar, which is in the 6600 block of Lankershim Boulevard.

Reyes faces 15 years to life in state prison. His bail has been set at $1 million. He is expected be arraigned Jan. 12.

It's not clear if the hit-and-run driver has been identified or arrested.