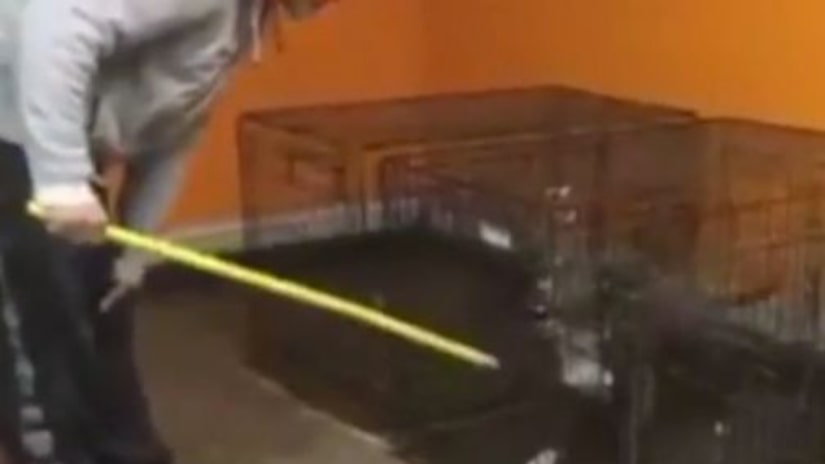 OCEANSIDE, N.Y. -- (WPIX) -- The man who was allegedly seen physically abusing a dog in a very graphic video could face more charges in connection with the abuse.

Brian De Martino is the owner of NY Dogworks. It's a business he's run for years out of his home. Investigators and former customers say he was caught on camera ramming a caged dog repeatedly with a broomstick.

The video was recorded by De Martino's girlfriend, according to former customers who've re-posted the video. It was originally leaked to Tommy Marrone, another former customer.

"My dog was beat worse than that dog," Marrone said that he was told by the person who first sent the video to him. "It stuck in their mind and they felt terribly," he told PIX11 News.