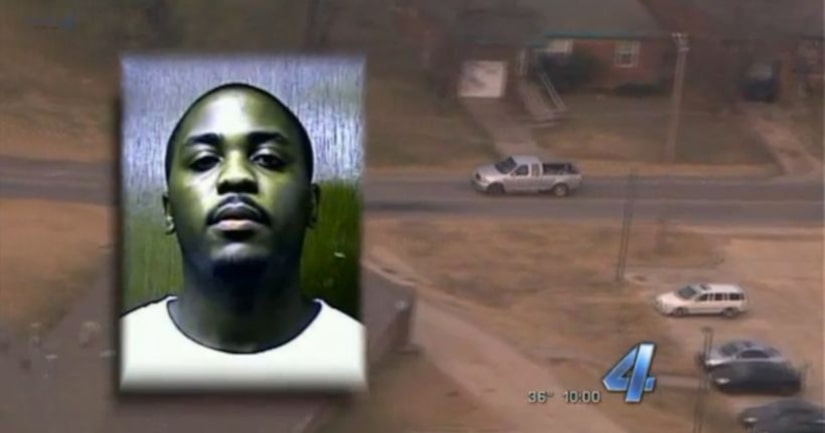 Inside a silver truck was Samuel Carolina, a convicted felon wanted on four counts of shooting with intent to kill.

Bob Moore Chopper 4 was the only news helicopter over the scene near I-35 and Reno, where the truck came to a stop and four people got out.

U.S. Marshals and OCPD cuffed Carolina and took him to jail.

Carolina is accused of shooting at city officers last week, who were working a traffic stop at N.W. 10th and Rockwell.