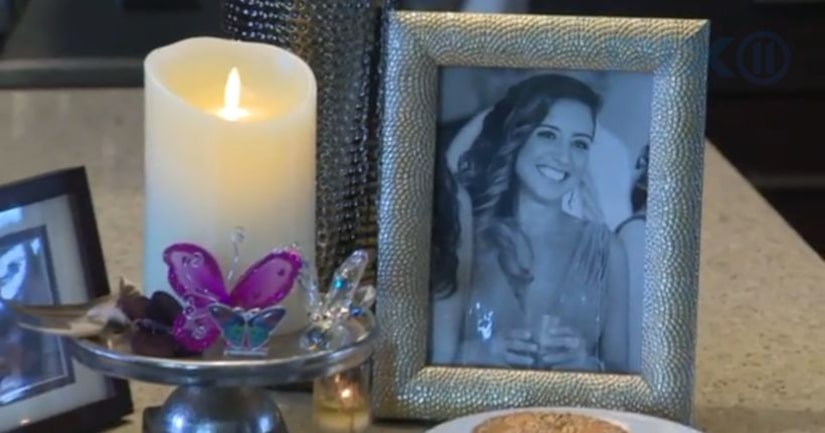 One hundred fifty miles away in Albany, a state commission was debating the merits of a special DNA test that could help her daughter's unsolved murder case.

The battered body of 30-year-old Karina Vetrano, an avid runner and a graduate of the Master's program at St. John's University, was found by her father on Aug. 2 just blocks from her parents' house.

“We're a broken, broken family,” Cathy Vetrano told PIX11 News, sitting with her husband, Phillip, in the living room, “because of this piece of filth that must be found.”

Police developed a DNA profile on the unknown, male killer — not long after they retrieved biological evidence from Karina's cell phone, from her neck, and from under her fingernails.

The samples found no match on a national or state DNA database, so the NYPD's Police Commissioner and Queens District Attorney, Richard Brown, wants to take the testing to the next level.

Brown wrote to the New York State Commission on Forensic Science Dec. 7, asking that a special type of DNA test called “familial searching” be used in the Vetrano case.

The process would require DNA testing be performed on the “Y” chromosome of the crime scene samples, which can produce common, male profiles on men that are relatives -- a father, uncle, brother, or son.

This could lead to the unknown murderer.

“The only people you're dragging into this are criminals,” Phillip Vetrano told PIX11, “criminals that are in the database.”