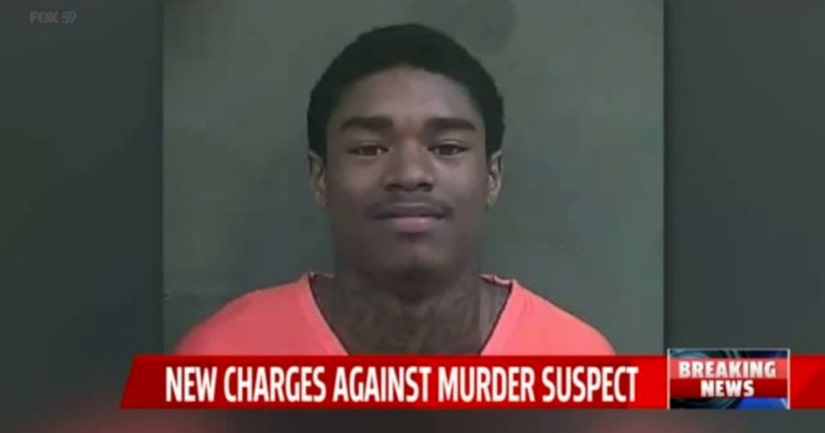 Damoine Wilcoxson, 21, already stands charged of the seemingly at-random killing of Jac Clements, an 82-year-old Zionsville man who was gunned down in his driveway on Sept. 28.

A week later, someone armed with the same type of weapon used to kill Clements opened fire on IMPD's northwest district headquarters, peppering the building with 30 shots.

“At the north district, when the shooting occurred on October 13, two officers were plainly visible through a lighted window,” said Marion County Prosecutor Terry Curry, “and, in particular, it was obvious that from the vantage point where the shell casings were recovered that the individual shooting from that location would have been able to see the two officers and, indeed, one round did come very close to the officers at that scene.”