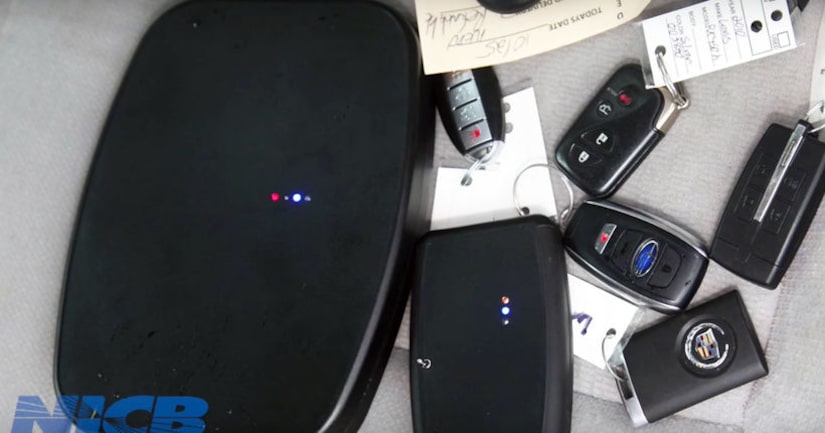 LOS ANGELES -- (KTLA) -- Insurance crime investigators are raising alarms over a device that not only lets thieves break into cars that use keyless entry systems but also helps start and steal them.

Investigators from the National Insurance Crime Bureau, a not-for-profit organization, said in an interview they obtained what they called the “mystery device” from a third-party security expert at an overseas company.

So far, the threat here may be mostly theoretical. The crime bureau said it heard of the device being used in Europe and had reports that it had entered the U.S., but said there are no law enforcement reports of a car being stolen using it in the United States.

During a two-week time period, NICB investigators tested 35 different makes and models of cars using the car-hacking device and were able to start and drive away about half the vehicles.