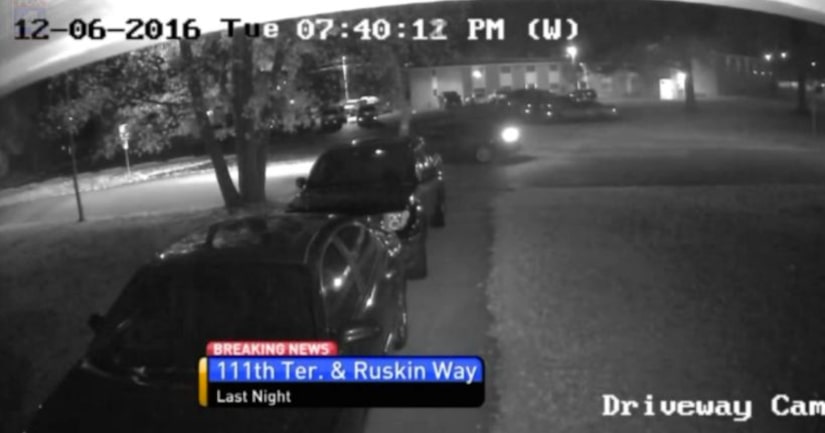 KANSAS CITY, Mo. -- (WDAF) -- A Kansas City police officer narrowly escaped a shooting Tuesday night after someone ambushed him in his car. The shooting happened around 8 o'clock while the officer was working an off-duty shift

The police officer was working security for the Christian Charity Church - sitting in his own car, not in uniform, when someone fired several rounds into his car.

Luckily, the officer was not hurt and can help find the person who tried to kill him; KCPD also released surveillance video hoping the public can assist as well.

The sound of the shots startled folks who live in the neighborhood. The suspects are still on the loose, so the woman FOX 4 talked to asked us to protect her identity.

"People are not thinking, they are not rationalizing. They are just picking up weapons and I hope it don't get worse but it's pretty bad right now,” she said.