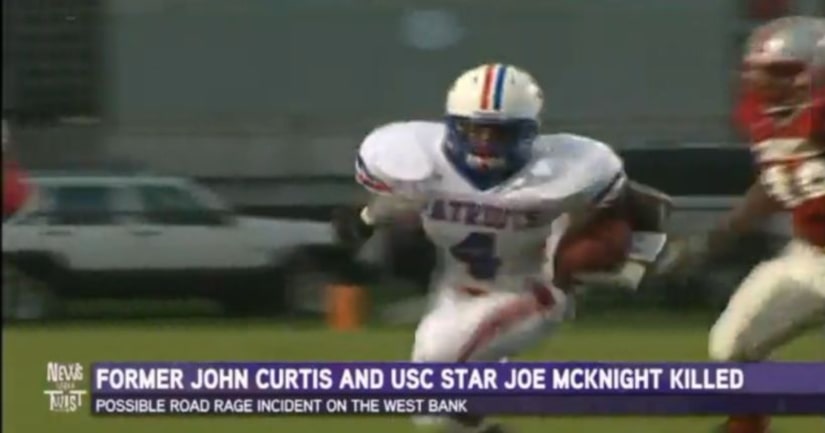 Jefferson Parish deputies responded to a homicide about 2:30 p.m. at the intersection of Behrman Highway and Holmes Boulevard.

Jefferson Parish Sheriff Newell Normand said the shooting victim, 28-year-old Joe McKnight, was lying on the ground. Officers immediately gave CPR to McKnight, but he ultimately succumbed to his injuries. He was standing outside of his vehicle when he was shot.

McKnight is a Kenner native and former John Curtis High School football standout who played for the University of Southern California, the New York Jets and the Kansas City Chiefs.

The shooter, 54-year-old Ronald Gasser, stayed on the scene and gave his weapon to officers at the scene, Normand said. Gasser is in custody and is currently being questioned.

Normand said Gasser's vehicle and McKnight's vehicle were stopped side-by-side at the intersection.

"The only thing we know at this time ... because everything else would be conjecture ... is that Mr. Gasser did, in fact, shoot Mr. McKnight. We will be releasing additional details as we get through these interviews with these witnesses, as well as Mr. Gasser," Normand said.