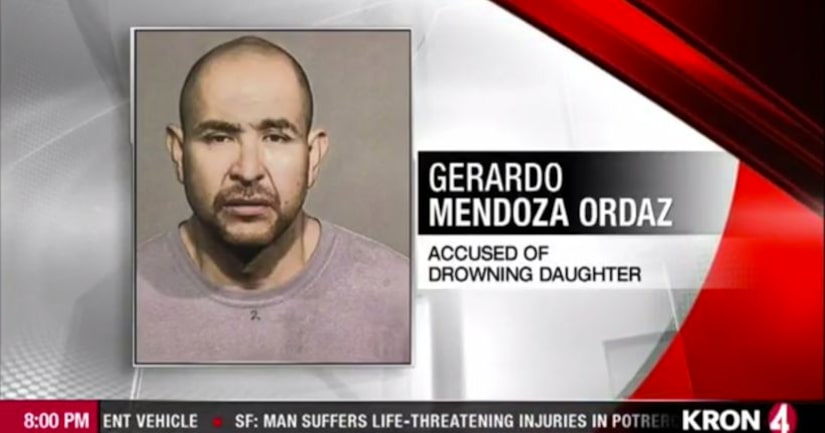 HEALDSBURG, Calif. -- (KRON) -- A Healdsburg father has been arrested for allegedly drowning his 4-year-old daughter in a baptismal pool at a Catholic church, police announced Monday.

Gerardo Mendoza Ordaz, 42, was heard yelling for police in the back lot of the Healdsburg Police Department at around 8:30 p.m. Sunday, police said.