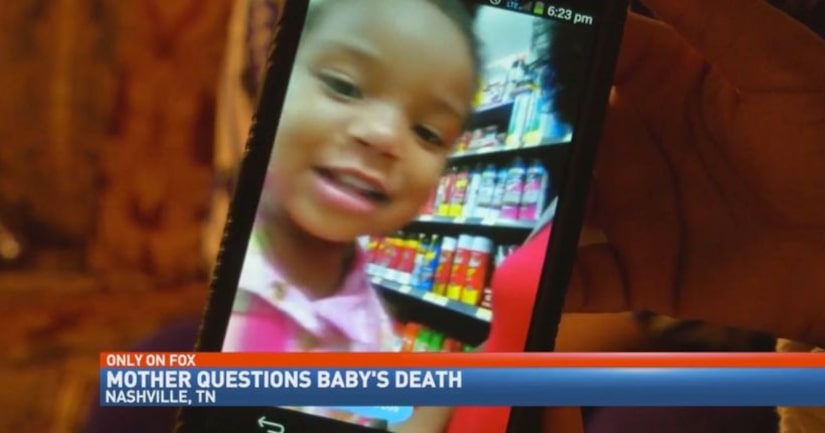 NASHVILLE, Tenn. -- (WZTV) -- A Nashville mother shares why she doesn't think her baby's death is an accident.

Shameka Smith says her daughter ended up at the hospital and died days after being in a babysitter's care.

Smith watches a video of her daughter, Anari Smith, on Sunday evening. It brings a smile to her face which is hard to do since a week ago. According to the mother, she went to work before noon on November 13 and left her two-year-old in the care of a woman.

"She was staying with me, I was helping her out. She had mentioned to me that she was a little depressed because her daughter is in state custody. In my mind, I didn't think anything of when she was saying it,” explains Smith.

Smith says she spoke to the sitter throughout the afternoon. Later, around 8 p.m., she found out that an accident reportedly happened in her bathtub with her child.

Smith says, "I was told that my daughter was dead by a neighbor. 'She fell asleep in the tub' is what the girl said, that she only left her alone for a few minutes. Why would you leave her in the tub by herself at all? She's a 2-year-old for crying out loud.”

The mother says she rushed to Vanderbilt where her daughter was taken. She says doctors stabilized Anari but she died on Thursday from organ failure.

FULL STORY: Two-year-old dies in Nashville after being in care of babysitter - WZTV