America eagerly waits for season two of "Making a Murderer." Crime Watch Daily has new insight into Steven Avery's controversial case and his chances for a new trial.

It's a stunning turn of events for Brendan Dassey, the on-again/off-again release of the man convicted of helping Steven Avery commit murder. The case transfixed the nation after it was featured in the groundbreaking Netflix documentary Making a Murderer.

Dassey, 27, was scheduled to be released Friday. Now the Justice Department has filed an emergency motion to keep him in prison while reviewing the decision.

This all started when a federal judge overturned Dassey's conviction ruling he has a low I.Q. and police tricked him into confessing that he helped his uncle, Steven Avery, rape, kill, and mutilate photographer Teresa Halbach in 2005. That confession was captured on the Netflix series.

While Dassey's freedom hangs in the balance, the man at the center of the case, Steven Avery, is staying put in prison.

But a Wisconsin man who lived near Avery wants to change that.

"I'm 100 percent convinced Steven is innocent just because of the amount of evidence that proves he was framed, and framed poorly at that," said Curtis Busse, Steven Avery Project founder.

Curtis Busse is on a single-minded mission to free Steven Avery. The 22-year-old even quit his job to build a Facebook page called the Steven Avery Project, an idea that came to him after binge-watching "Making a Murderer" on Netflix.

"Once I watched the documentary and it just hit me and just made me feel so compelled to have to really go out there and do something instead of just sitting on the couch and feeling sad about it," said Busse.

Busse reached out to Avery, writing the convicted killer letters in prison. And a "bromance" was born. The men have gotten so close that Busse even asked Avery to be his daughter's godfather.

"I just asked Steven when he was holding Jordan if he would be her godfather, and his face just lit up with joy and, he said 'Of course,' and he was just very excited," said Busse. "It was a no-brainer from that point on."

So what triggered Busse's obsession with seeking justice for Avery?

"I originally started watching his trial for Teresa Halbach case when I was 12, just because my mom recommended watching it," said Busse. "And then 10 years later, 'Making a Murderer,' comes out on Netflix and I'm just blown away by it, and it really creates major flashbacks in my life. I'm instantly compelled to write him and do something about it as 22 that I really couldn't when I was 12."

"Received a few calls, from him laughed on the phone," said Busse. "Just had a good time, 'cause I really didn't want to talk about the case. I really wanted to just communicate with him as just another human being."

Eventually, Busse and Avery would meet in person, and soon the prisoner would even meet Busse's wife and his baby daughter during a jailhouse visit. Busse's wife tells Crime Watch Daily at first, she wasn't thrilled at the prospect of meeting the high-profile convicted killer, but her fears soon melted away.

"I was really nervous to get to meet him but he was really comfortable with us," said Lydia Busse.

The turning point was watching Avery interact with their little girl.

"He was really excited to meet her," said Lydia. "He held her right away and was feeding her little snacks and stuff, just like they'd known each other for a while."

"Yeah, just talking about all of the cool things he's gonna do with her, like go fishing and stuff. Just fun stuff like that," said Curtis.

As Curtis works tirelessly for his buddy's release, he makes regular visits to Avery in prison.

"While we are waiting I usually get snacks or sodas, his favorite stuff that he likes," said Curtis. "I always get him a bunch of stuff because he doesn't get to eat any of that normally."

But for Curtis, those visits are still tinged with sadness -- a feeling he hopes one day to change.

"It's always nice to see him and have good conversations with him and get him out of his cell, and at the same time I have this hope that it's that last time I have to return to the prison," said Curtis Busse. 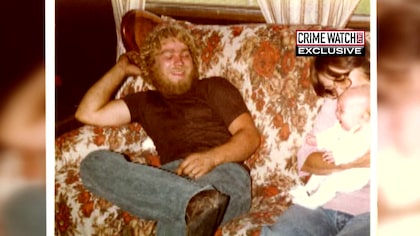