Not long after Heather McDonald's body was found and identified, police arrested Richard Dale Harden on a warrant for sex offender registry violation and named him a person of interest in Heather's disappearance.

At that time, an arrest seemed imminent, but the case seems to have faded from the public eye. Once daily press releases from the Cartersville Police have dwindled to nearly nothing, The Daily Tribune News reports

Lt. Mike Bettikofer, the department's public information officer, released a brief statement on the investigation, saying “The information related to the case has been collected and is being prepared for prosecution at this time.”

In Georgia, there's been a big development in the case of a missing mother of three.

Heather McDonald's husband tells Crime Watch Daily the last time he saw his wife was on Sept. 18. She was at home with children in good spirits. When McDonald, 27, left that day, she was never seen again.

Heather McDonald kissed her husband and three young daughters goodbye and headed out to visit a girlfriend. She never returned home.

The 27-year-old mother never returns home, and during our interview emotions spill over.

There's not a soul in the small tight-knit town of Cartersville, Georgia that believes Heather McDonald would simply walk away from her three young daughters and adoring husband Stefan.

Stefan admits in the weeks leading up to Heather's mysterious disappearance. He couldn't help but notice a dark cloud brewing over his normally cheery wife.

"She was behaving a little unusual," Stefan said. "She said I'm just stressed out, life is hard and with three kids."

Heather worked part-time at a convenience store, but was mostly a full-time mom to her girls. So at first Stefan says he thought maybe she was just exhausted.

That was until something far more troubling transpired.

"She had gotten into some trouble with the law, she had a pain medicine, a pain pill and a nerve pill that weren't prescribed to her," said Stefan.

During a routine traffic stop, Heather was arrested for possession of prescription drugs that were not prescribed to her. Stefan could not confirm who she got them from.

Stefan's says he was now becoming increasingly worried Heather was crumbling under the overwhelming demands of motherhood. So when she told him she needed a little break, he says he encouraged it.

"She said she was going to go spend a few days with her friend," said Stefan.

So on a Saturday afternoon, Stefan says, Heather loaded up a red Jeep Wrangler he'd rented for her and headed to a girlfriend's house in the town of Acworth, Georgia.

"I was under the impression that she was at this friend's house," said Stefan.

The next morning Stefan says he and Heather exchanged several texts messages. Heather wanted to know what her girls were up to.

"I told her that we were going to clean house for a little bit and then go over to my friend's house to watch the Falcons game," said Stefan. "I asked her what she was going to do, and there was no reply."

By Sunday evening Stefan says he's actually angry with Heather for not returning any of his messages.

"I was a little heated because, you know, I've got all three girls, and it's stressful, and so I vented a little bit in frustration via text, but still nothing was coming back to me," said Stefan.

But by Monday that anger is now grave concern, so Stefan tracks down the number of Heather's girlfriend. It's a call that still sends chills down his spine.

"She said that she wasn't there, she had not been spending time with her," said Stefan."She was definitely not where she told me she was going to be."

Stefan discovers Heather is in the town of Acworth, but she's staying at a different friend's house -- a friend that raises some eyebrows.

"It was a guy friend," said Stefan. "Nobody that she's had any kind of intimacy with or anything like that, just a friend."

Was Heather living a secret life behind her husband's back? Was she a young mom in crisis who willingly walked away from these little angels? Or was there something far more dangerous going on?

The answer was about to be delivered right to Stefan's front door.

"I hear a knock at the door and it's like the 'police knock,'" said Stefan. "And I answer the door, and a patrol officer had found her Jeep at a hotel."

A hotel that had a reputation as a "no-tell motel."

"I asked him if he had found my wife as well, and he said no," said Stefan.

Cartersville Police Lt. Michael Bettikofer says police did find Heather's rented red Jeep Wrangler in the parking lot, her bags inside, the door wide open, her keys are the ground.

The only things missing are Heather, and according to Stefan, her phone.

Cops look at every possible lead and person. They question Stefan and that mysterious man Stefan says Heather was staying with in Acworth. They both cooperate with police, but there is one thing they can't answer: Where's Heather?

Then, a possible break: Heather's younger sister, Madison, remembers a chilling conversation she had with Heather just weeks before she went missing.

"She said that people followed her," said Madison.

"She would just point out different cars and say she kept seeing them, different ones," said Madison. "Everywhere she went or when she would leave the house, she would see them."

As weeks passed by, Heather's family started to pick apart everything and every person in their lives, trying to find answers.

Police now believe without a doubt something bad has happened to Heather.

After weeks of investigation police still can't determine if Heather was ever even at the hotel where her Jeep was found.

It's been widely reported that cheap motels in and around Cartersville are hotbeds for drugs, prostitution and sadly human sex-trafficking.

"I think that she was either in the wrong place at the wrong time, or got mixed up with some not-good people and got put into a situation that she could not get herself out of," said husband Stefan.

The FBI, the GBI and Cartersville Police Department have all scoured for the parking lot where her Jeep was found for clues.

Stefan, Heather's cousin and a team of devoted volunteers search the motel's parking lot almost every night looking for any sign of Heather, and answers. On one night they invited our Crime Watch Daily cameras to come along. There are at least three security cameras aimed on the parking spot where Heather's Jeep was found. But the motel's manager confirmed none of the cameras work.

There are multiple exits leading out to the parking lot where Heather's Jeep was found.

Just days after we left that motel in Cartersville, Georgia. Stefan gets the heartbreaking news that will forever change his life and the lives of those three little girls: Heather's body has been found.

Cartersville Police have yet to confirm how Heather died, saying only that she was found by hunters in a wooded area about 40 miles from her home.

And another shocking development: U.S. Marshals confirm Richard Dale Harden, a convicted child sex offender who spent two decades behind bars for enticing a minor, has been named an official person of interest in Heather's disappearance

What's the connection? It's being reported that Harden befriended Heather's parents at church and even did some handyman work for Heather and Stefan around their house.

The Cartersville Police Department, which is leading the investigation into Heather's disappearance, will not confirm or deny Harden is being held in connection with the case.

Heather's autopsy results are due back in a few weeks. Harden was being held on violation of the sex offender registry on no bond.

Reportedly police are waiting until a final cause of death is determined before moving forward with any additional charges. 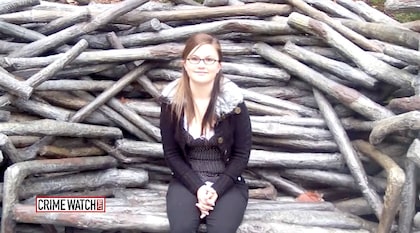 Foul play suspected in disappearance of Georgia mom of 3 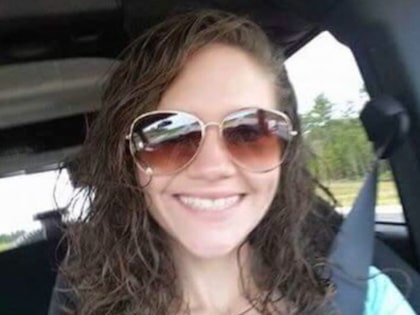