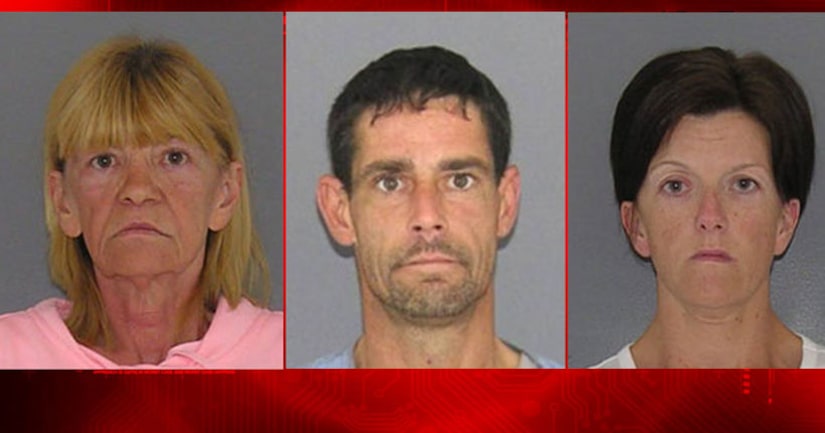 CLEVES, Ohio -- (WXIX) -- A mother-daughter duo are accused of conspiring to commit a murder-for-hire, according to the Hamilton County Sheriff's Office.

Constance Baldrick, 56, and Lashawn Jump, 35, both of Cleves, appeared before Hamilton County Municipal Court Judge Brad Greenberg Wednesday morning on the charges. Their bonds were set at $500,000 each, officials said. The Sheriff's office is not releasing information on how the plot was foiled.

Sheriff Jim Neil identified the intended target as 45-year-old Jimmy Dean Wilson, who was missing for hours Wednesday but was found safe.

Officials said Baldrick and Jump apparently met with someone to murder the father involved in a child custody dispute.

Those who live on the 300 block of Miami Ave in Cleves were terrified to hear that their neighbors are accused of plotting a murder. "It's scary we have kids around here. It's close to the school so it's not comforting at all," said a neighbor who didn't want to be identified.

The uncle of Jump says David Baldrick tells us he isn't buying the story. "There's no way Connie or Lashawn had anything to do with this."

He says Jump and Wilson were friends and she was keeping his child. "She had been taking care of the baby apparently both of the parents are on heroin. Apparently the dad came to pick the baby up and she wouldn't give her up."

That's when he says the two got into a fight. Then on Tuesday his ex-sister in law and niece were arrested. He says they are not murderers. "I don't know who set this all up. I came down here to see exactly what was going on. I don't know the whole story yet, but I will find out. My niece is not a trouble maker. Look at her record."