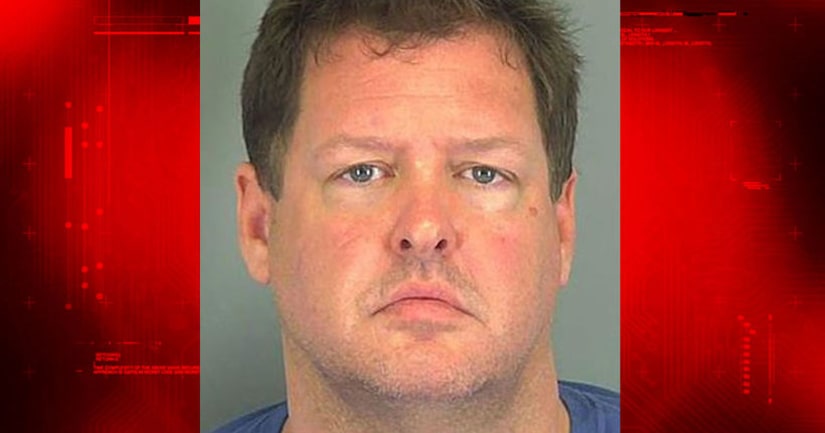 Todd Kohlhepp, a sex offender accused of chaining up an Anderson woman and slaying her boyfriend, reportedly confessed to authorities that he is responsible for the murder of four victims in a motorsports store more than a decade ago.

In the arrest warrant, investigators said Kohlhepp "gave details specific that only the killer would know."

On Nov. 6, 2003 four employees were found gunned down inside Superbike Motorsports on Parris Bridge Road in Chesnee. The store owner, Scott Ponder, his mother Beverly Guy, shop foreman Brian Lucas and mechanic Chris Sherbert, were identified as the victims.

Ponder's wife, Melissa Ponder, said she was stunned by the break in the case. She said detectives told her Kohlhepp was a customer of the store before the killings.

"My heart is in a million places," Ponder said. "I'm incredibly sad, relieved, overwhelmed, and in shock."

Lorraine Lucas, mother of victim Brian Lucas said the announcement is "still unreal" and she and her husband are filled with emotions. She asked the public to keep the Lucas family in their prayers.

"[It's] hard to comprehend what we are being told of a person of his caliber living amongst us," Lucas said. "There is a lot more to the story and I hope other families have closure as well."

Spartanburg County Sheriff Chuck Wright said it appears the case surrounding Kohlhepp may have advanced to a serial killer investigation. He said investigators are confident in the information Kohlhepp has admitted to them.

"He told us some stuff that nobody ought to know," Wright said.

Four murder warrants have now been signed for Kohlhepp.

Kohlhepp also reportedly told investigators about two other graves on the nearly 100-acre property where kidnapping victim Kala Brown was chained by her neck and ankle in a metal storage container. Brown's boyfriend, Charlie Carver, was found deceased in a shallow grave on the land.

Investigators are currently doing a grid search of the property to confirm the location of the graves. In total, Wright said this means Kohlhepp could be responsible for at least seven killings.

"This is like some episode of a TV show," Wright said. "It's not supposed to happen here but it did."

FOX Carolina spoke with the family of Brian Lucas, they said the Superbike Motorsports murders are just a piece of the puzzle.

"We want you to know that Superbike is a big piece of [the puzzle]," Tom Lucas, Lucas's dad said. "But it's not the only piece."