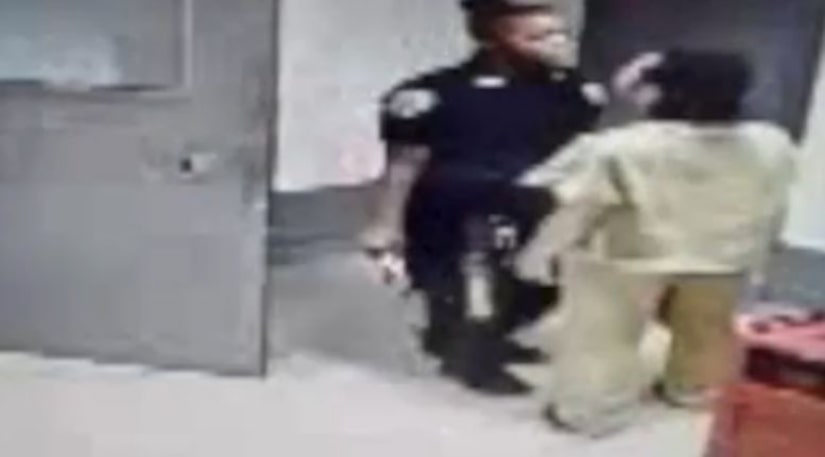 RIKERS ISLAND, N.Y. -- (WPIX) -- A Rikers Island inmate and correction officer were caught on camera in an altercation Tuesday evening.

The incident happened around 5:40 p.m.

Surveillance video obtained exclusively by PIX11 shows the inmate push the escorting officer. The two get into a heated conversation before the inmate pushes the officer a second time.

The officer, who has been on the job since January, was punched and had her hair pulled.

The video shows other inmates observing from another room, but not intervening.