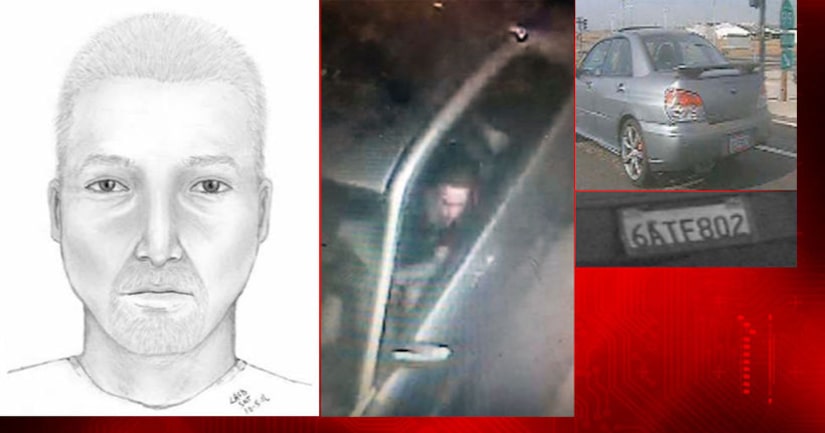 LOS ANGELES -- (KTLA) -- Authorities have released a sketch and surveillance image of the man suspected in an armed carjacking and kidnapping on the UCLA campus.

The man is sought in connection with an incident that unfolded around 4:35 p.m. Monday near the school's Center for Health Sciences. An armed man entered a car from the passenger door and ordered the victim to drive away from campus, according to the UCLA Police Department.

The victim was held for several hours before being released uninjured, police said. Authorities have not identified the victim but said the person is not affiliated with UCLA and did not know the assailant.

The car remains missing. It was described as a beige, four-door 2007 Subaru Impreza WRX with license plate No. 6ATF802.

The suspect is described as a Hispanic man about 30 years old, about 5 feet 8 inches tall, 200 pounds, with light brown hair and a goatee with mustache. He was last seen wearing dark-colored T-shirt and shorts and carrying a messenger bag.

Anyone with information about this incident was urged to call the UCPD at 310-825-1491.