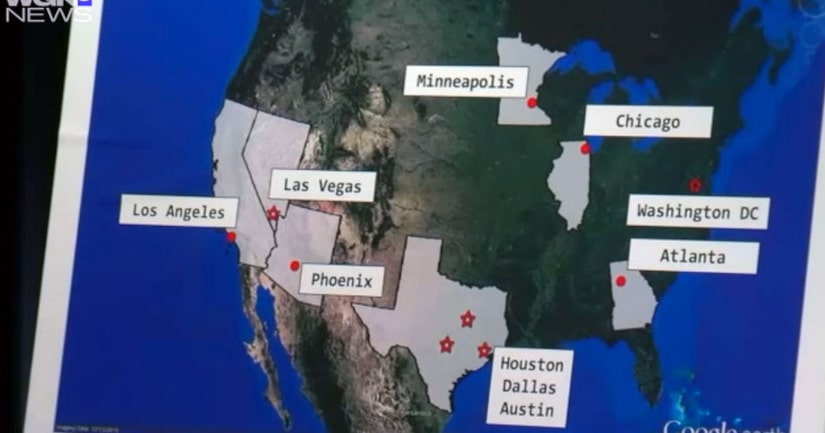 CHICAGO -- (WGN) -- Seventeen people have been charged in an international sex trafficking ring with ties to Chicago.

The Department of Justice says hundreds of women were brought to the U.S. from Thailand with fake visas.

Then they were sent to major cities to serve as sex slaves, including Chicago.

Most of the women operated out of hotels, mainly near airports.

But some of them were used for sex at day spas and at people's homes.

Five of the suspects charged are Americans, the rest are from Thailand.