HANCOCK COUNTY, Miss. -- (WGNO) -- We now know the names of the two Long Beach police officers placed on paid leave while the Hancock County Sheriff's Office investigates the death of a child.

Investigators believe Cassie Barker was visiting Clark Ladner at his home when she left her child in a patrol car for around four hours. Ladner's neighbors say they're stunned.

"In our small community, it really bothers all of us parents as to something like this. It's devastating," said Kiln resident Betsy Nugent.

Hancock County Sheriff's investigators are looking into a prior incident involving Barker having her child taken away by DHS.

"The autopsy was done this morning and we haven't got the results yet," Hancock County Sheriff Ricky Adam said. "We are looking into some possible previous allegations. It is an active investigation. It hasn't been determined which way we will go, but it doesn't look good. We'll see which way the evidence takes us."

Glenn Grannon with the Hancock County Sheriff's Department said the cause of death appears to be overheating, even though the A/C was running in the patrol car when police found it Friday afternoon.

As for the Long Beach Police Department, Chief Wayne McDowell said the death is being investigated as an "internal matter with his officers."

Hancock County Coroner Jim Faulk said Cheyenn's body was sent to the state medical examiner's office in Pearl on Monday morning for an autopsy. He expects to have those results sometime this week. 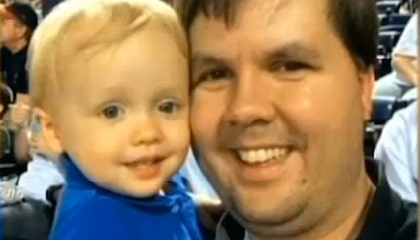