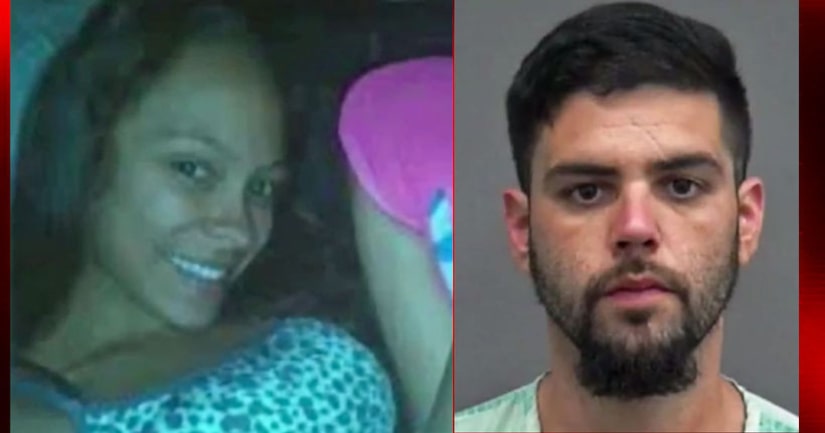 GAINESVILLE, Fla. -- (WJXT) -- Human bones found Tuesday morning during a search of a swampy area northeast of Orange Heights are believed to be those of 23-year-old Hannah Brim, a woman who disappeared in January, the Gainesville Police Department announced.

Nelson Armas, 28, who was with Brim when she was last seen, was indicted two weeks ago on charges of first-degree murder, auto theft and tampering with evidence.

Brim was reported missing after her family hadn't seen her for four days. She was five months pregnant when she disappeared on Jan. 19.

Search teams composed of members of the Gainesville Police Department SWAT team, the Alachua County Sheriff's Office, the Florida Fish and Wildlife Conservation Commission, the medical examiner and the University of Florida C.A. Pound Human Identification Laboratory have been searching different areas based on the information.

"It touches not only the family, but all of the rescuers that were involved in searching for Ms. Brim and investigating this case," said Sheriff's Office Lt. Brandon Kutner.

Members of the Sheriff's Office dive team reported finding multiple human bones early Tuesday. Investigators believe that the bones are those of Brim, but that must be confirmed via further analysis.

"Once word reached the command post that Brim had been located, officers and searchers stopped to offer prayer and thanks for the discovery," Gainesville Public Information Officer Ben Tobias said.

Brim's family was immediately told of the discovery.

Alachua County deputies pray after receiving word that human bones were found."It's closure in the family for one way, but it's a very sad day for all of us," Kutner said. "They've expressed their appreciation, not only to the first responders in the area, but anyone, civilians or those members of the community that have helped them through this time or participated in the search and giving information to law enforcement regarding this case."

Kutner said it was an outcome that no one wanted and a sad end to a long part of the investigation.

"We're glad today that it's finally come to a conclusion. Hopefully, the family can get some closure in this last chapter of the investigation and we can move on to the prosecution of Mr. Armas and hold him responsible for the acts that he has committed," Kutner said.

Armas has a history of domestic violence and had been in the Alachua County Jail on a domestic battery charge unrelated to Brim's disappearance after her disappearance.