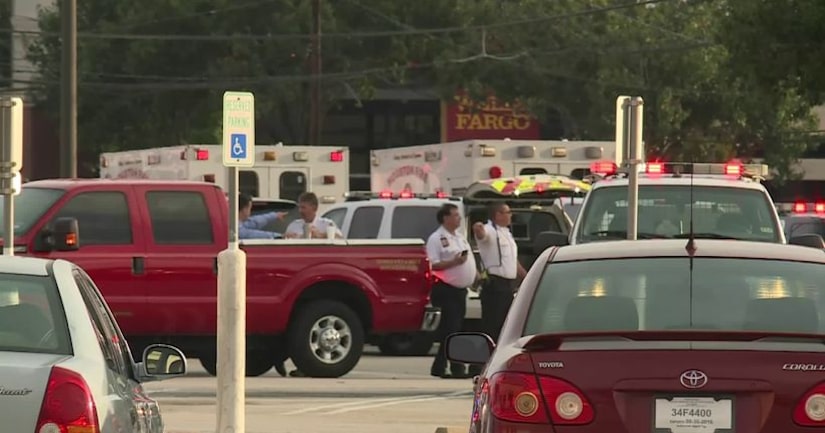 HOUSTON -- (KIAH) -- A gunman who opened fire at a strip center in the West University area, injuring nine people, has been shot and killed by police.

The Houston Police Department Interim Police Chief Martha Montalvo said the suspect was a lawyer and there were issues concerning his law firm.

The shooting began around 6:29 a.m. Monday on Weslayan near Bissonet. Officers with HPD, Bellaire PD, West University PD and Southside Place PD responded to the scene.

Police located the suspect in the 4400 block of Law Street, and the shooter opened fire on officers. Officers returned fire, killing the suspect.

Witnesses said the shooter appeared to be shooting at "any and everything." Multiple people were shot before the gunman was taken down.

Authorities said three people were treated and released at the scene. One person was listed in critical condition, one was in serious condition, and the other victims were listed in either good or fair condition.

Montalvo said the shooter lived in the neighborhood, and multiple weapons were found inside a Porsche Boxster. The HPD Bomb Squad was called out to search the vehicle.

Shelter-in-place for resident in area of Law/Weslayan until further notice. Please limit calls to dispatch to emergency only at this time.

DeSai has not been officially identified as the suspect, but according to a LinkedIn profile, DeSai is an attorney.

There is no indication a second shooter was involved.