It's an interview you will only see on Crime Watch Daily.

A former military mom convicted of the unthinkable: Murdering her fiance's 20-month-old daughter. But did she do it, or was it as she says, the girl's 8-year-old sister?

Emily Defries tells all from behind bars.

Even though a jury found her guilty of the terrible crime, Defries insists she is innocent.

And now, for the first time since her conviction, she's ready to tell her side of the story.

A toddler less than 2 years old found bruised and battered at the bottom of a 13-foot staircase. An accident? Or a hidden rage that led to homicide?

A jury hears the heartbreaking evidence, and puts her father's fiancee behind bars.

But did they get it right?

For the first time since that conviction, Emily DeFries tells Crime Watch Daily why she's pointing the finger at an 8-year-old girl.

Emily DeFries has always maintained she was innocent, and now in a Crime Watch Daily exclusive, she's giving her first interview from behind bars to our Michelle Sigona.

Is DeFries telling the truth? Crime Watch Daily brought in a man who is essentially a human lie detector to watch Emily's interview and tell us what he thinks. 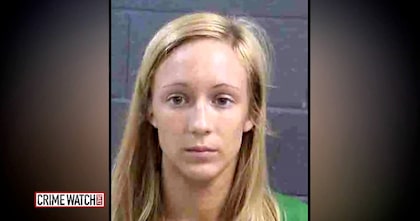