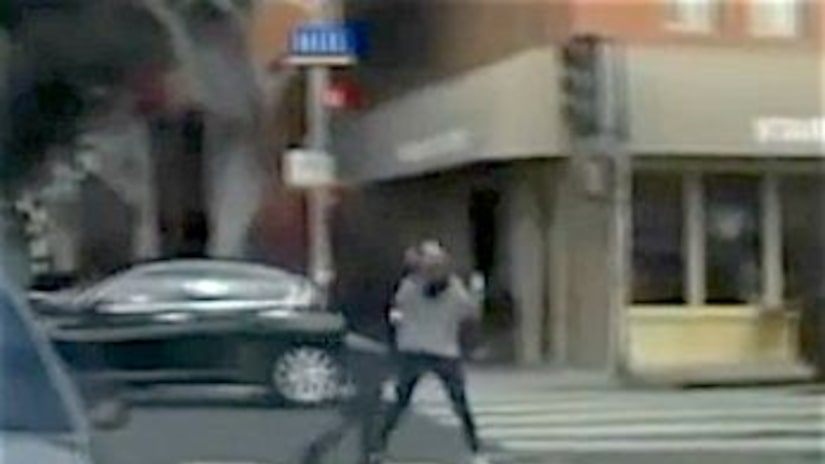 The woman was attacked about 9:40 a.m. while walking in a crosswalk at Hill and Main streets, when a man who was walking in the opposite direction grabbed her purse. Police said the woman tried to fight the man off, but he managed to wrestle the purse away from her and run off.

Two good Samaritans wasted no time, jumping out of the Mercedes they were driving in and running across the street to chase the purse snatcher. Santa Monica police said the suspect, Louis Bradford, was caught about a block away trying to take property from another victim.