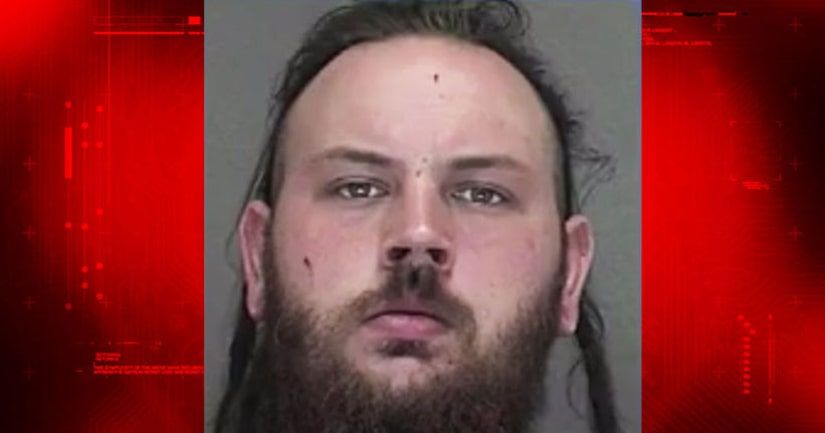 WARNING: The details in this story are disturbing

SUAMICO, Wis. -- (WXIN) -- A Wisconsin man was arrested after he allegedly sliced off a woman's finger with a machete and drank her blood, WBAY reports.

According to police, Jonathan Schrap, 24, is a member of the Juggalos, which is the name the band Insane Clown Posse gives to its followers.

Last month, Schrap and several other Juggalos staged a “ritualistic memorial” in honor of a fellow Juggalo who died one year prior.

According to court documents obtained by WBAY, the group was talking about blood-drinking cult rituals when one of their friends volunteered to let Schrap drink her blood. So Schrap took a machete and cut her arm. She was bleeding profusely, and Schrap filled up a shot glass with her blood and drank it.

After the blood-drinking, the group began to talk about severing a finger. That's when the same woman volunteered to have her pinky finger cut off. According to the criminal complaint, the woman had not drunk any alcohol, and she was not under the influence of drugs.

So Schrap took the machete and he sliced off her finger.

“Jon then placed the finger in his freezer where he said he would cook it and eat it later. The group then attempted to stop the bleeding by using a car cigarette lighter which failed. They then used a blowtorch,” the complaint states.

Later, the woman went to her boyfriend's house, and she showed him the injuries. His mother overheard the story and told her to go to the hospital.

After the hospital staff saw what happened to the woman, they called police because they thought she took part in a cult initiation.

The woman told police she did not want anyone to be charged because she volunteered to have Schrap drink her blood and slice off her pinky.

After investigating the incident, police arrested Schrap. He faces charges of mayhem and reckless injury. His preliminary hearing is scheduled for September 21.