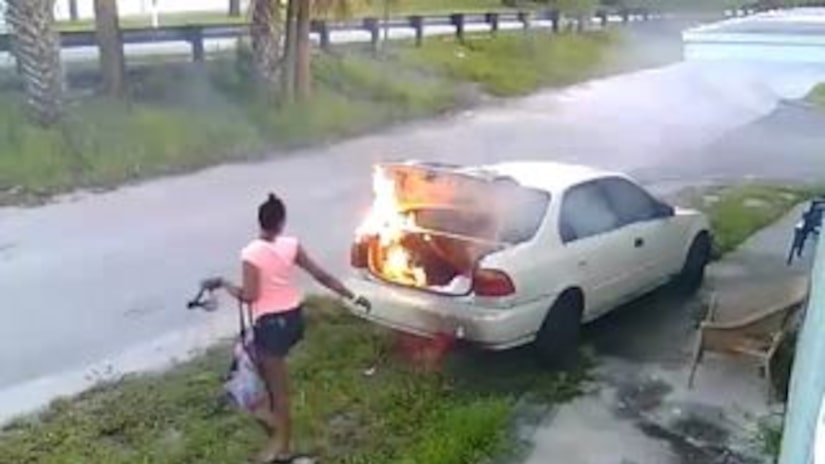 CLEARWATER, Fla. -- A Florida woman thought she was getting revenge on her ex-boyfriend by setting his car on fire. But the car wasn't his.

WFTS reports that 19-year-old Carmen Chamblee was captured on surveillance video before and after she set the Honda Accord's trunk ablaze on Aug. 27. Witnesses say they saw her ride away from the scene on a bicycle.

The Clearwater Police Department was able to identify her a few days later and took her into custody.

Chamblee told police she thought the now-charred car was owned by her former boyfriend.

The vehicle belonged to Thomas Jennings, who told WFTS it was his roommate who discovered the car completely engulfed in flames.

"He came running in the house saying my car was on fire. We ran out there. He had a pot of water trying to get it to go out. It was too much," Jennings said.

Chamblee has been charged with second-degree arson and was taken to Pinellas County Jail for booking.