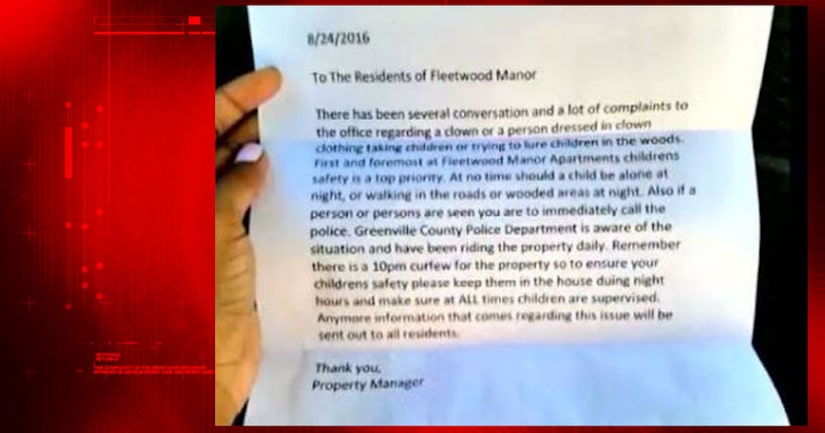 GREENVILLE, S.C. -- (KRON) -- Sheriff's deputies investigated after a report that someone dressed as a circus clown was enticing children to follow them into some woods near an apartment complex in Greenville County.

The report was filed on August 21 at Fleetwood Manor Apartments on Fleetwood Road. A woman says she was standing in front of her apartment on August 21 around 8:30 p.m. She told the deputy her son told her said he had seen “clowns in the woods” according to the report.

There were also claims from some children that several clowns had been seen in the woods trying to persuade them to follow them with large amounts of money. They also claimed the “clowns” lived in a home near the property.

The deputy says he investigated the trail in the woods and saw nothing suspicious at a home near a pond behind the complex.