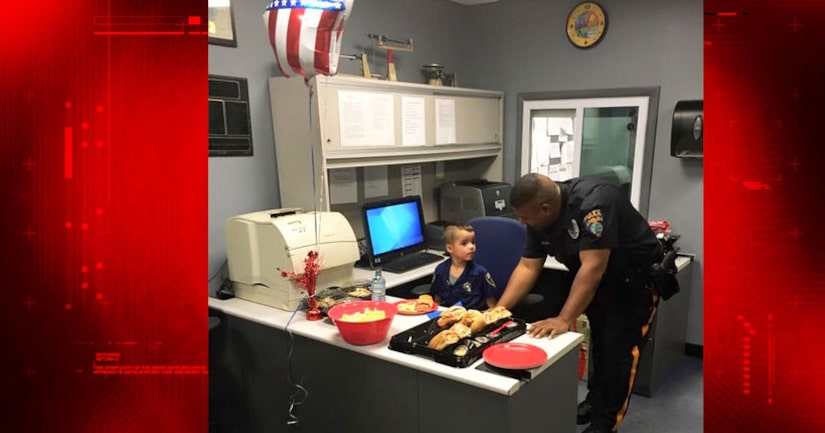 WINSLOW TOWNSHIP, N.J. -- (WXIN) -- A 5-year-old boy in New Jersey has picked up the lunch tab for his police department.

William Evertz Jr. saved up his allowance for seven months and went to a Subway restaurant on Wednesday to get sandwiches for officers in Winslow Township, a suburb of Philadelphia. His mother says he told her he wanted the officers to rest so they could protect the town.

Police made the boy an honorary officer and gave him a special shirt and badges. He also got a ride home in a police car with lights and siren.