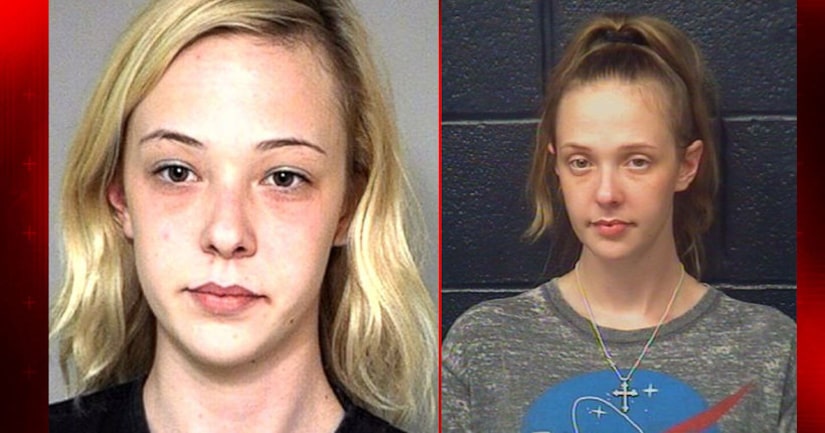 A Texas woman who made headlines for being convicted as a teen of robbing banks with her father and her brother in 2012 has been arrested at the scene of an armed robbery at a gas station last week.

Abigail Catt was arrested in Laredo, Texas on August 5 in the parking lot of a gas station convenience mart.

Laredo Police said Catt was sitting inside a vehicle when officers arrived at the scene after police were called to the location for a report of an armed robbery at 1002 Santa Maria Ave.

A man was found inside the store armed with a handgun. The suspect, identified as Ricardo Gonzalez, was arrested and charged with two counts of aggravated robbery. Gonzalez was also served with an outstanding warrant for theft and unlawful possession of a firearm by a felon.

Officers found that Abigail Nicole Catt had a parole violation warrant for aggravated robbery and she was arrested.

A .380 handgun was found inside the store, according to Laredo Police.

The Laredo Morning Times reported a store employee told police a man and a woman had approached a person who was pumping gas and demanded money.

Abby Catt was 18 in August 2012 when her father Scott and her 20-year-old brother Hayden went into a Katy, Texas bank wearing masks and brandishing pellet guns. Abby waited outside in the getaway car, according to ABC News.

After a second bank robbery in October that year, the trio had ripped off $108,000. By November, all three were arrested.