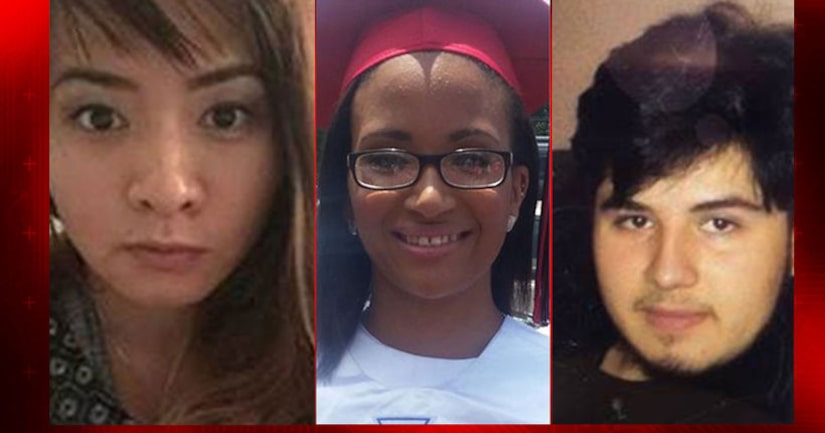 In a news conference Tuesday, police said they found Sandy Le's car in Phoenix Arizona and they are investigating her disappearance as a homicide.

A $10,000 reward is now offered in the case of missing Charlotte trio.

Castillo and Feaster are charged with processing her stolen car and police believe they are in Mexico.Le's family reported her missing on Wednesday after she left home Tuesday, Aug. 9 and did not return.

Family members reported Castillo missing on Thursday. Police said he was picked up at his home by Feaster and the pair did not return.

On Saturday, Castillo's mother received a call from her son.

Feaster's family reported receiving a similar call. The families said both teens said they didn't know where they were.

The calls came on the same day police located Feaster's car in a neighborhood known as Reedy Creek Plantation.

Anyone with information on their whereabouts is asked to call 911.