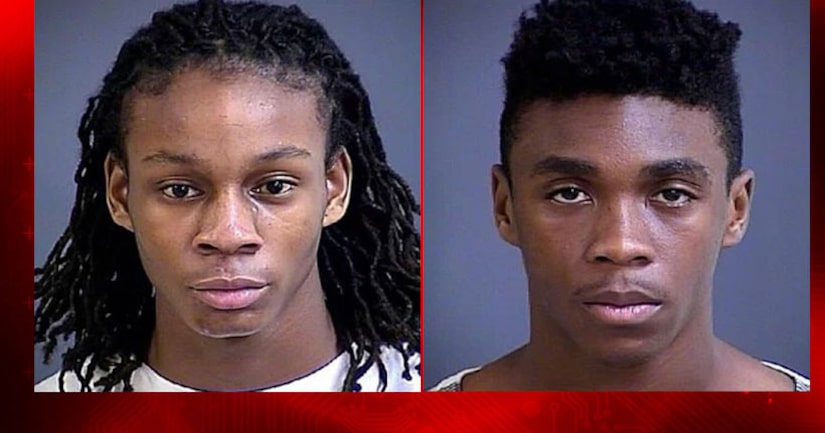 NORTH CHARLESTON, S.C. -- (WMBF) -- Two teens have been charged with shooting a man after the victim helped them pull their SUV out of a ditch in North Charleston, police say.

Officers say Deon Frasier, 17, and Michael Dupree-Tyler, 19, both from North Charleston, were arrested at an apartment on Dorchester Road after a gunshot victim was found on Durant Avenue around 11 p.m. Monday.

The victim was later identified as 45-year-old Chadwick Garrett of North Charleston.

"During the investigation, it was learned that the victim was assisting two black males in pulling a Dodge Durango out of the ditch," a news release from North Charleston's Spencer Pryor states. "After the victim got the vehicle out of the ditch, the two suspects then robbed and shot the victim."

Investigators got information that the two suspects were at an apartment on Dorchester Road, a few miles away.

The suspects, charged with murder, are expected to face a judge in bond court Tuesday.

In addition to the murder charge, Frasier also is charged with possession of a weapon during a violent crime.

According to court records, he is out on bond on a charge of possession of a stolen car.