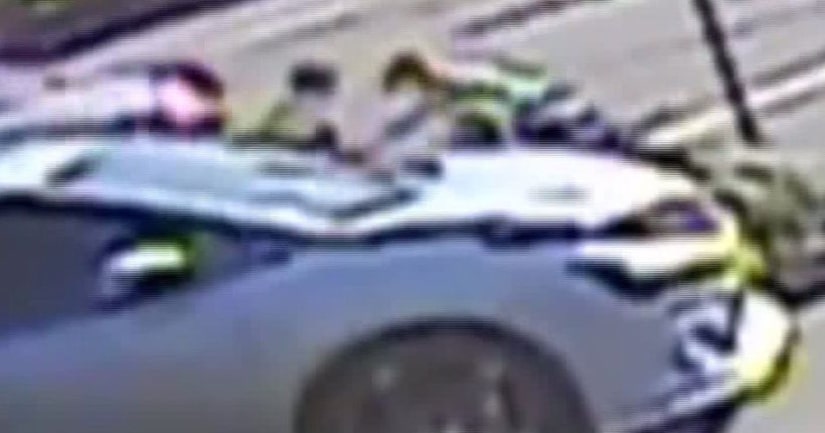 The video, obtained by KTLA Thursday, was recorded from a store near the site of the first of two incidents that occurred within 1 mile and about 25 minutes of each other.